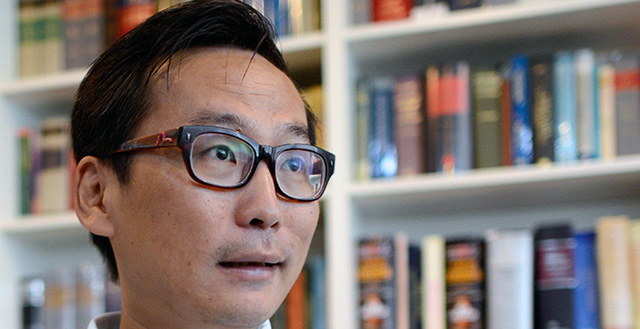 On 13 January 2013, the International Commission of Jurists condemned the arrest and investigation of prominent human rights lawyer and co-founder of Lawyers for Liberty Eric Paulsen under the archaic 1948 Sedition Act.

The arrest, which took place in the late evening of 12 January 2015, was based on a 9 January 2015 statement posted by Eric Paulsen on his Twitter account, saying: “Jakim (the Malaysian Islamic Development Department) is promoting extremism every Friday.”

“The ICJ is gravely concerned to see Eric Paulsen become the latest victim added to a string of prominent legal professionals such as Edmund Bon, N Surendran and Dr Azmi Sharom who have either been investigated or charged under the 1948 Sedition Act,” said Sam Zarifi, ICJ’s Regional Director for Asia and the Pacific.

The ICJ has repeatedly called for the repeal of the 1948 Sedition Act as its provisions are incompatible with international law and standards on human rights and the rule of law.

The ICJ has denounced use of the Sedition Act by the government of Malaysia to restrict the freedom of expression of lawyers and other human rights defenders, as well as political activists that are critical of government actions or policies.

The 1948 Sedition Act was originally enacted by the British colonial government. Its ambiguous and ill-defined terms result in vastly overbroad criminalisation of speech and publications.

Further, under the Act, the intention of a person who made an allegedly seditious statement is treated as irrelevant.

The Act is thus incompatible with the right to freedom of expression as recognised by the Universal Declaration of Human Rights.

Its application to Mr Paulsen is also inconsistent with the 1998 UN Declaration on Human Rights Defenders, and the 1990 UN Basic Principles on the Role of Lawyers.

The ICJ called on the government of Malaysia to immediately release and end the investigation of Eric Paulsen, and reiterated its call for immediate repeal of the Sedition Act.