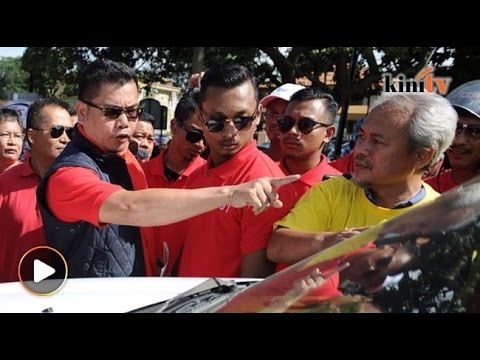 Under the Peaceful Assembly Act, a simultaneous counter-assembly should not specifically prevent another assembly from taking place or interfere with its organisation, writes George Varughese.

The Malaysian Bar calls on the government — the police and Kuala Lumpur City Hall in particular — to cooperate with Bersih 2.0, the organiser of the upcoming Bersih 5 public assembly, in order to facilitate the gathering scheduled to take place in Kuala Lumpur this Saturday, 19 November 2016.

The constitutional right to assemble peaceably and without arms is guaranteed by Article 10(1)(b) of the Federal Constitution, subject to the limited restrictions under Article 10(2)(b). Such a restriction was previously found in Section 27 of the Police Act 1967, whereby a licence from the police was required for an assembly.

However, Section 27 was repealed in 2012, and the Peaceful Assembly Act 2012 was enacted, which came into force on 23 April 2012. Thus, the requirement to obtain a licence from the police under the Police Act 1967 no longer exists.

Under Section 9(1) of the Peaceful Assembly Act, there is a requirement to notify the police of an intended assembly, and the police may regulate the assembly by stipulating restrictions and conditions for the purposes of security or public order.

It is important to note that the obligation to give notification, and the particulars required, must not be unduly cumbersome so as to stifle the legitimate exercise of the constitutional right to assembly. It has been reported that Bersih 2.0 gave the requisite notification under the Act to the police on 28 October 2016.

There is no requirement of licensing by the police for an assembly. Thus, the police have no power under the Act to prohibit a rally. Rather, the police must respect, protect and facilitate the exercise of the constitutionally guaranteed right to assemble peaceably and without arms, which is a duty imposed by law on the police.

The police have demonstrated on various occasions that they can work with organisers of public assemblies to allow participants to walk or assemble, and openly and outwardly express their viewpoints, in safety. For example, this was evident over the course of the peaceful two-day Bersih 4 rally that took place in Kuala Lumpur on 29-30 August 2015.

We commend the police for these positive and salutary examples, and note that, with proper liaising and cooperation as well as restraint in the exercise of police powers, it is clearly possible for the police and the organisers to work together to allow for the public to exercise their fundamental rights in a peaceful and responsible manner.

It is noteworthy that the Office of the UN High Commissioner for Human Rights has urged the Malaysian government “to abide by its international human rights obligations to protect the rights of all Malaysians to gather peacefully and to express their opinions, and to investigate the reports of harassment and intimidation”.

The high commissioner’s office has also expressed concern over reports that the leaders of Bersih 2.0 “have been subjected to threats and harassment”.

The Malaysian Bar notes that Section 6(2)(j) of the Peaceful Assembly Act contains a provision that mandatorily requires an organiser of a simultaneous assembly or counter-assembly to “ensure that the organisation of the assemblies are [sic] not intended to specifically prevent the other assembly from taking place or interfere with the organisation of such assembly”.

In this regard, the Malaysian Bar expresses alarm over the statements reportedly made by the leader of the Red Shirts, Jamal Yunos, to oppose the Bersih 5 rally, including, “Kami berikrar dan menentang mereka habis-habisan. Kami tidak akan teragak-agak untuk melakukan apa saja, walaupun sanggup bermandikan darah.”

Such acts of wanton intimidation and harassment are deplorable. There must be prompt investigation, and proper action must be taken. The exercise of fundamental rights must never be compromised by blatant acts of gangsterism.

The Malaysian Bar therefore urges the police to invoke Section 18 of the Peaceful Assembly Act on counter-assembly, and give the Red Shirts an “alternative for the counter assembly to be organised at another time, date or place”. This will avoid conflict between the participants of the Bersih 5 assembly and the Red Shirts counter-assembly.

We urge the police to take measures to ensure both assemblies take place — on separate dates or in separate places — peacefully and with minimal intrusion and disruption, while maintaining public order and protecting the safety of all participants.

The Malaysian Bar reiterates that we support and defend the fundamental freedom of any individual or group to speak, assemble or walk in order to publicly and openly promote and publicise a cause, if that freedom is exercised responsibly and peacefully.

We call on the police and government to always protect and promote the freedoms of assembly and expression in a fair and equitable manner. We also remind organisers of public assemblies of their responsibility to take all reasonable action to ensure a peaceful assembly and urge the participants to exercise their rights in a respectful and orderly manner.

The Bar Council will send a team to monitor events on the ground on Saturday. In addition, a team of lawyers from the Bar Council Legal Aid Centre (Kuala Lumpur) — known as the “urgent arrest” team — will provide legal assistance in the event of arrests.

George Varughese is vice-president of the Malaysian Bar. This statement was released on 16 November 2016.