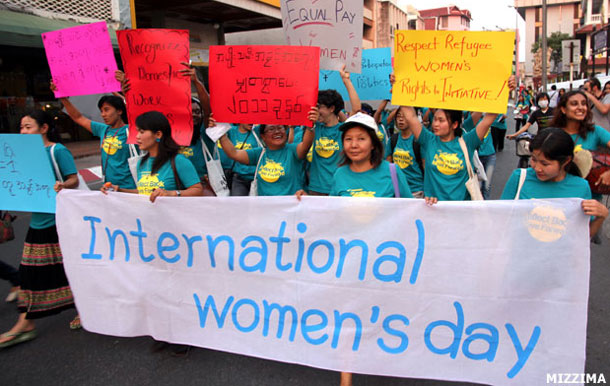 International Women’s Day is a day to commemorate women’s struggle for change and to celebrate the progress, which has been made towards the improvement of the quality of life of women. It is celebrated every year on 8 March.

The theme for the 2016 celebration is Planet 50-50 by 2030: Step It Up for Gender Equality. It is named such as this is the first International Women’s Day celebrated within the United Nation’s 2030 Agenda for Sustainable Development, which started from 1 January 2016 and includes a specific goal to achieve gender equality, ending discrimination and violence against women and girls and ensuring equal participation and opportunities in all spheres of life.

As Malaysians celebrate International Women’s Day 2016, we must acknowledge that we still have a long way to go to achieve gender equality. In terms of inclusiveness in decision-making, back in 2011 the government set a target for women to fill 30% or more of decision-making positions in the corporate sector by 2016. But it appears unlikely that the target will be met.

The safety of women is an issue that remains a challenge. Statistics and statements from officials confirm that cases of violence against women, which include crimes such as rape and domestic violence, have been steadily rising in recent years.

The “finger rape” controversy, in which the conviction in a rape case involving a minor was overturned in May 2015, served as a reminder that further legislation and improvement in law enforcement is needed to deal with such cases.

Meanwhile, in social media the prevalence of using rape threats against women whenever disagreement pver issues occurs is a worrying trend. The fact that G25 spokesperson Noor Farida Ariffin received such a threat over her criticism of khalwat laws shows that even a woman of her age and position are not spared such threats.

On the other hand, the cases of M Indira Gandhi and S Deepa, in which both court battle with ex-husbands who converted to Islam, highlight the vulnerability of the mothers in such situations and the unresolved matter of the conflict between civil and Sharia courts.

Women are also the prime target of moral policing in Malaysia as can be seen when athletes such as gymnast Farah Ann Abdul Hadi, who had won gold medals for the country in South East Asia (Sea) Games, was criticised for the attire she wore in the competition. As the rise of intolerant views continues unabated in Malaysia, women generally and Muslim women specifically are expected to continue to bear the brunt of moral policing.

The past year has shown that the struggle for gender equality remains a challenging task in Malaysia. As Malaysians are facing many issues confronting our nation now, we should always remember that our society is not free until our women are free.