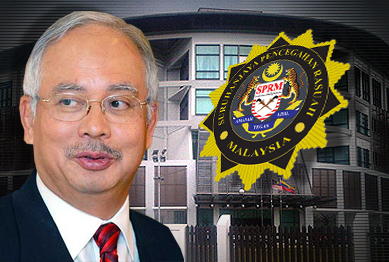 The Centre to Combat Corruption and Cronyism (C4) released the following statement on 21 January, five days before the attorney general announced the outcome of the probe into the RM2.6bn donation.

The first two weeks of the year have was dominated by news stories of the MACC investigations into the RM2.6bn “donation” and the 1MDB scandals respectively, despite the political leadership incessantly trying to pretend that all is well.

This certainly is not a good start for the Najib administration as 2016 began in a shroud of uncertainty and gloom for the country.

The continuing oil price slump, and forced budget revisions for 2016, spells a difficult year ahead, and news of US fund managers recommending a pull away by investors, due to massive government corruption, has strengthened the Centre to Combat Corruption and Cronyism’s (C4) calls for an urgent completion of investigations, without which our nation will be on a further downslide.

We view with great anticipation and worry the handover of investigation papers by the Malaysian Anti-Corruption Commission’s (MACC) on former 1MDB subsidiary, SRC International, and the RM2.6bn donation to the AG Chambers “for further prosecutorial action”. If these MACC probes were to be of any meaning, it must be able to alleviate public suspicion over the identity of the donor and the motive of the donation.

These two questions continue to dominate public discourse and must be put to rest immediately if the country is to move forward, rebound its faltering economy, and salvage the downslide of the ringgit.

C4 is further perturbed over the delay in investigations into the RM2.6bn “donation” which is pending the mutual legal assistance (MLA) leaving matters incomplete, as it involves the cooperation of several countries and their financial institutions.

As signatories of the UN Convention Against Corruption (UNCAC), international cooperation is a crucial and necessary step that must have the commitment of nation states in cracking down on cross-border corruption. Malaysia cannot negate its responsibilities in this area, and must commit to cooperate to find answers to these scandals.

Would the MACC and the Attorney Generals’s chambers care to elaborate? There must be more information provided, as this is a matter of tremendous public interest. The nation is extremely anxious to know the progress and direction of the investigations and measures to be taken against these two scandals that have rocked the country for over a year. Are we to wait and wait without any end in sight?

While we know that the investigation papers were presented to an independent panel, before they were sent to the AG, we ask that the feedback and suggestions by the panel members be made public through engagement with interest groups, in the interest of transparency and good governance. This is pivotal given swirling rumours of a forced resignation of chief commissioner Tan Sri Abu Kassim Mohammad, and the state of the nation currently.

We are hopeful that the panel members, who include, former inspector-general of police Musa Hassan, former appellate court judge Mohd Noor Abdullah, former deputy bank negara governor Zamani Abdul Ghani, former Bar Council president Lim Chee Wee, and defence lawyer Zuraida Atan, would be ready to engage with anti-graft groups, as they are all professionals in their own right and are persons of high integrity.

We also urge each of the five advisory panels of the MACC to meet with and connect with interest groups on recommendations and measures proposed, as the public have a right to know and be engaged on the direction of the case. Public interest must be kept at a high. This is necessary to

If these fundamental measures aren’t taken into account, then regretfully, the investigations will remain just an eyewash, leaving Malaysia to further slide into the depths of despair.

Cynthia Gabriel is founding director of the Centre to Combat Corruption and Cronyism (C4).