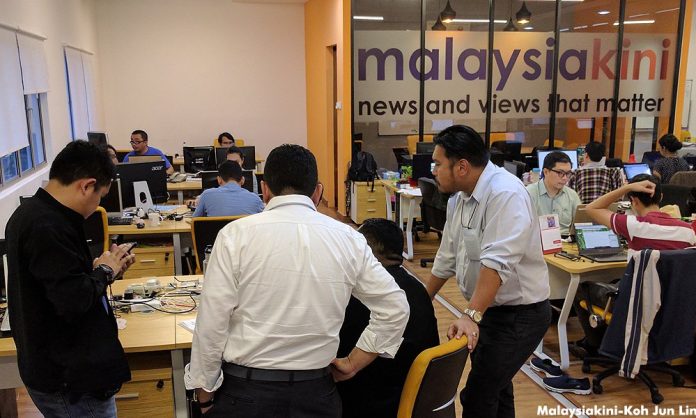 Suara Rakyat Malaysia (Suaram) strongly condemn the raid against Malaysiakini [on 8 November] conducted by the Malaysian Communicatiosn and Multimedia Commission).

The recent raid on Malaysiakini can only be described as politically motivated crackdown on free media and freedom of expression. There is no basis for any media to be investigated under Section 233 of the Communications and Multimedia Act 1998 for choosing to maintain video coverage of a press conference online.

The use of this Act against an individual or organisation such as Malaysiakini for an online item made to cover or reflect information or a statement made by another individual is simply absurd. This perverse line of logic suggests that a person can be ‘investigated’ for sharing a third party’s comments and be penalised for that.

The commission must immediately cease and desist from such an absurd practice as it has substantial repercussions for freedom of expression in Malaysia and will set a precedent that may potentially penalise millions of innocent Malaysia who merely viewed or shared videos online.

The commission must stop its attack on freedom of expression and immediately halt its campaign of abusing investigative powers to persecute and harass opinions and critical voices online.