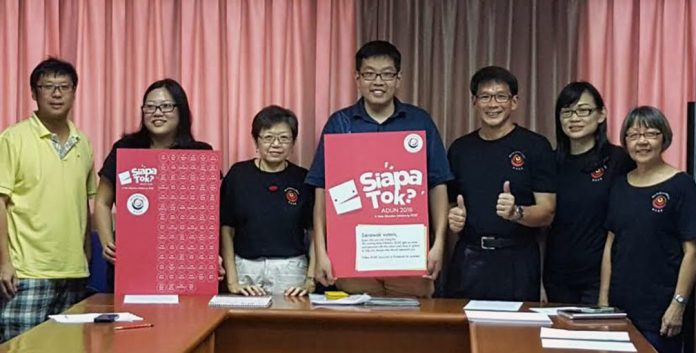 Civil society group Rise of Sarawak Efforts (Rose) has launched a ‘Siapa Tok? Adun 2016’ initiative for voters to aquaint themselves with election candidates ahead of the Sarawak state election.

Sarawakians will soon be able to get up close and personal with candidates in the upcoming state elections.

In a bid to bridge the gap between voters and constituency representatives, civil society group Rise of Sarawak Efforts (Rose) has launched a ‘Siapa Tok? Adun 2016’ project.

Speaking to reporters at the headquarters of the Dayak Bidayuh National Association (DBNA), Rose spokesperson Ann Teo explained that the Siapa Tok? project aimed to connect election candidates to the voters in their constituencies. Although the project is mainly targeted towards young and first-time voters, all voters are expected to benefit from the exercise.

Candidates across the state have been approached to get involved, and their profiles will be posted on R0se’s Facebook page during the election campaign period.

Teo raised concerns that voters usually chose candidates based on party lines instead of the candidates’ ability to look after the wellbeing of his or her constituency ie their track records AND their promises and plans during campaign time.

“The future of Sarawakian politics is closely linked to the character of individuals representing us at Dun,” Teo said. “As such, Sarawakians need to know that the person they are voting for is able and willing to address both the community concerns and policies for the benefit of Sarawak.”

In addition, Teo said, as Sarawakians are essentially paying the salaries of their Aduns, the campaign season should be seen as one big job interview, with voters choosing the best possible candidates for the positions. By saying so, we are not discounting the importance of voting towards a two-party system in our state or country. We are saying that making the choice as a voter based on the candidate’s performance and character would eventually lead to a much healthier two-party system in government.

The Siapa Tok? project is a positive step forward for the empowerment of voters and increases democratic space via the new media. To this end, Teo strongly urges all Malaysians, particularly key social media influencers, to widely share the Siapa Tok? project in order to reach Sarawakians throughout the state.

In addition to the Siapa Tok? initiative, Rose also runs polling and counting agent (Paca) training for Malaysians interested in getting involved behind the scenes during elections. Properly trained Pacas are an essential component in ensuring free and fair elections as they are equipped to enforce election laws and procedures.

All Sarawakians are encouraged to stay tuned for Siapa Tok? updates on Rose’s Facebook page and website.