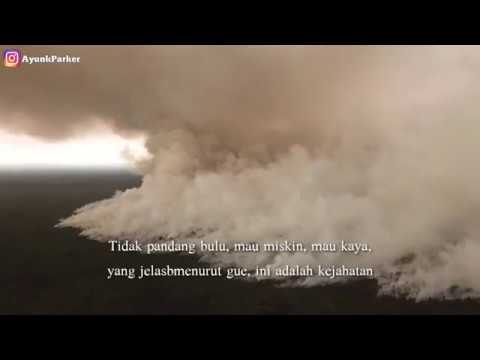 We need to see more people prosecuted for environmental crimes like the haze, says Ronald Benjamin.

How one analyses and describes a crisis will show its severity. The time and process to root out potential problems at an early stage would reveal if there is a sense of urgency and competency.

At the conclusion of the process, an effective jurisdiction creates a new culture of awareness and responsibility.

The reluctance of Asean countries to declare the haze a severe problem is the reason that measures to reign in haze pollution to date have not been effective.

The haphazard manner in addressing the haze issue reveals the lack of organising principles of collective action. It reveals a poor sense of urgency and lack of competency. This reveals a deep-seated crisis of awareness and jurisdiction.

There seems to be tolerance for vested plantation business interests that perhaps have strong links with political elites.

For example, the complaint that Malaysian companies have been involved in forest clearing using opening burning in Indonesia is not something new and has been made during previous periods of haze. Why are they still able to conduct open burning activities as usual?

The so-called trans-boundary agreement between Singapore, Indonesia and Malaysia has basically failed.

In contrast, China, even though an autocratic state, is taking serious action to reduce pollution at home. It has embraced environmental technology and has become an exporter of such technology.

Asean could learn from China what it means to have a sense of urgency and experience a paradigm shift on the environment. According to reports from China, in 2018, authorities prosecuted more than 3,500 people for pollution-related crimes in the first 10 months of the year, up nearly 40% from the previous year.

Tackling also entails scanning the current economic systems that tend to place profits above people. For instance, the so-called non-interference pact makes no sense when it comes to preserving the environment.

Asean must seriously redefine the issue of pollution to come up with viable solutions. One way of doing so it to set up a court for environmental justice that would prosecute irresponsible individuals and businesses for criminal transnational pollution.

Such a court is critical since pollution issues have global implicationss that affect vulnerable communities in every state. What more when there is a serious climate change issue that Asean is also a part of. We need to see more people prosecuted for environmental crimes.

Citizens of Asean states should also be able sue governments for negligence and lack of action in resolving environmental issues.

Are Asean nations up for the challenge?