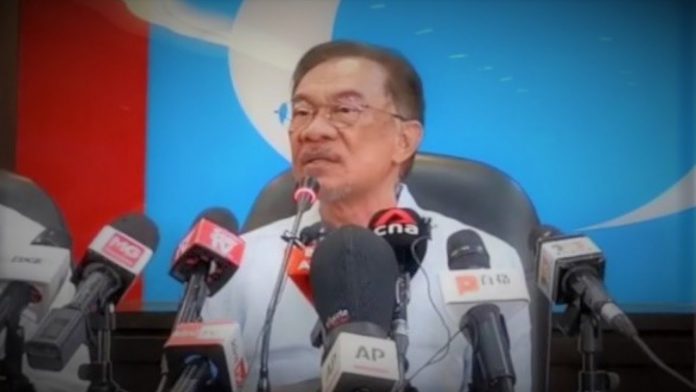 The news that parliamentary Opposition Leader and PKR president Anwar Ibrahim says he already has the numbers to form the next government has been received with caution.

When asked by the press on who’s who in his numbers or which parties had agreed to side with him, Anwar’s only answer was wait and see, wait for the parties to make known their support themselves. He later said he would be seeking an audience with the King to present his justification and proposal for a new administration in the next couple of weeks.

Immediately after that, the King’s office announced it had received Anwar’s application for an audience but the audience had been postponed due to the King’s unwell condition, which had prompted him to seek treatment at the National Heart Institute early this week.

What were the facts that led to Anwar’s announcement? Was this an effort to help garner support for Warisan and Pakatan Harapan allies led by the Sabah Chief Minister Shafie Apdal in the state election today after two weeks of campaigning? Some had seen possibilities, some said there were other reason for Anwar making his move.

So, because of the King’s medical treatment, Anwar’s audience with the King has been postponed while awaiting the royal’s recovery. Things might or might not take a U-turn politically. During this “waiting period” the guessing game is on.

Many of us would think it is best to wait for the outcome of the Sabah state election before any political parties decides to switch support. And if this is the case, then let us all – including those MPs, most of whom are still keeping quiet about this – wait for the election result tonight.

In this situation, all parties should be cautious about the numbers that both side claim to be holding now. Do not be over confident; do not underestimate the power of the darker realm.

While time is still sufficient, certain parties may come up with many kinds of “counter offers”. Money politics could intensify to meet various demands. We must all remember the power of money politics under the current administration is still on and lively.

In facing such political uncertainty, the civil service, police and the armed forces should stay out of this political situation and not take sides. They must be professional in their duties as public servants discharging their daily roles and responsibilities to the people and the nation – or else the people will view the public service with distrust.