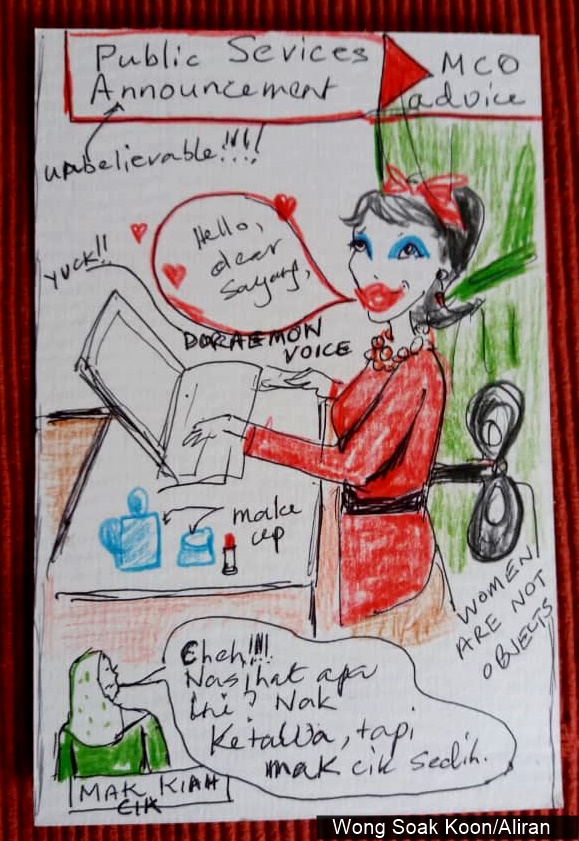 The Women’s Centre for Change takes issue with the messaging from the Ministry of Women, Family and Community Development on their latest “Kebahagiaan Rumahtangga” posters.

The entire tone of the messaging reinforces negative gender stereotypes against women and men. It implies that women are ultimately responsible for getting domestic chores done when the duty should be a shared one.

It makes women the ones who need to persuade their partners to chip in and, worse, asks that women downplay a rightful request by using infantile language and mannerisms – so as not to offend the apparent sensitivities of men.

The implicit message is that men are allowed to slack off on domestic work and it is women who must follow up with them – but they should only do so nicely. In short, it sends the message that women are subordinate in the home and are not allowed to function as equals to men.

Instead, we should be sending out the message that domestic or household duties are a shared responsibility to be respectfully negotiated between partners as adults. This can be done through a mature discussion without the need to resort to “manja” (cajoling) tactics.

Women have the right to speak up about how they feel without having to be labelled as nags and certainly without needing to stoop to becoming cartoon characters.

The Ministry for Women, Family and Community Development has the responsibility to promote healthy role models for women, families and communities.

Negative stereotypes of women as subordinate to men are at the root of gender inequality in society and ultimately lead to discrimination and violence against women.

It is the ministry’s responsibility to stay well away from such stereotypes and instead to focus on empowering women’s agency and self-confidence whether in the home or in the public sphere.