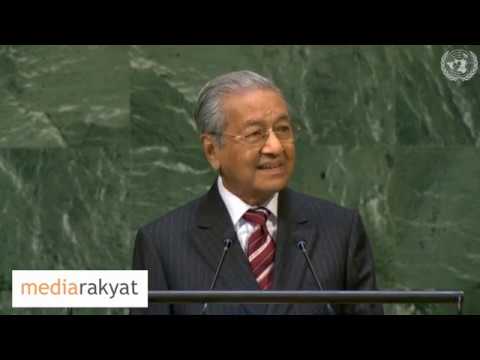 Mahathir has also promised that the new Malaysia “will firmly espouse the principles promoted by the UN in our international engagements”, which include “the principles of truth, human rights, the rule of law, justice, fairness, responsibility and accountability, as well as sustainability”.

Hakam highly commends the new Malaysia’s principled commitment to human rights at the international stage. In a world threatened by the rise of right-wing nationalism and erosion of civil liberties, the new Malaysia yesterday showed leadership and hope to the other nations on the future of human rights.

Nonetheless, Hakam also takes note of Mahathir’s concern that it “will not be easy for us because Malaysia is multi-ethnic, multireligious, multicultural and multilingual”, and that the government will “accord space and time for all to deliberate and to decide freely based on democracy”.

Whilst consultation with all stakeholders is a must, Hakam believes that the presence of a multi-ethnic, multi-religious and multicultural society should not be a barrier to a country’s responsibility to uphold human rights. Human rights are innate, inalienable and universal in nature. Religion, race and culture should never be used as a justification for condoning discrimination, injustice and suffering. Everyone deserves to be shielded by and to thrive underneath the overarching umbrella of human rights.

In this respect, Hakam urges the new Malaysian government to take immediate steps to:

The Malaysian government is not alone in this journey. As long as Malaysia is consistent with its recent stance in the 73rd UN General Assembly, Hakam believes that civil society organisations will wholeheartedly support this endeavour and provide all the assistance they can.