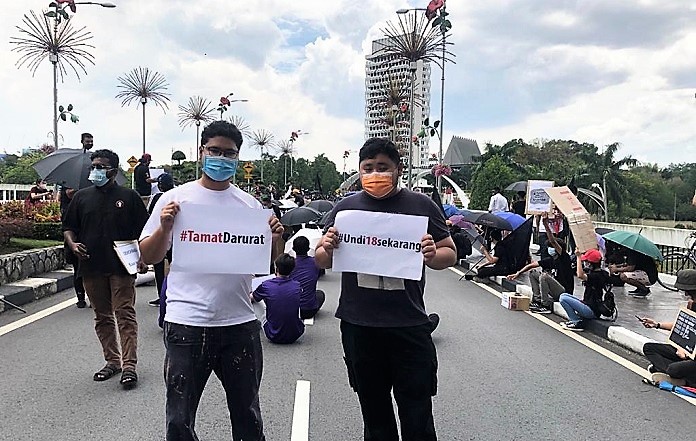 In light of the statement made by the prime minister yesterday, we would like to express our disagreement over the implementation of Undi18 being used as a political tool.

Mahiaddin Yasin stated the government has agreed to implement the Undi18 Bill without the implementation of automatic voter registration, through the tabling of the constitutional amendment bill in Parliament in September, for which the prime minister hopes to get bipartisan cooperation.

The proposed bill is a tactic by the prime minister to stay in power as bipartisan cooperation for this bill would eventually translate into a confidence vote for the prime minister. The Undi18 bill was unanimously passed as a constitutional amendment in Parliament in July 2019 and remains to be implemented over two years on.

Undi18 asserts that the Undi18 bill, including Section 3(a) and 3(b), can be implemented simultaneously, without further delay, by immediately bringing Section 3 into operation.

Implementing Section 3(a) and 3(b) immediately is possible and will allow all Malaysians aged 18-20 to be able to register to vote in accordance with existing laws while providing more time for the Election Commission to settle the technicalities of automatic voter registration.

READ MORE:  Mahiaddin’s political exploits must be the last for Malaysia

#Undi18 should not be used for political manoeuvring. – Undi18 (Persatuan Pengundi Muda)