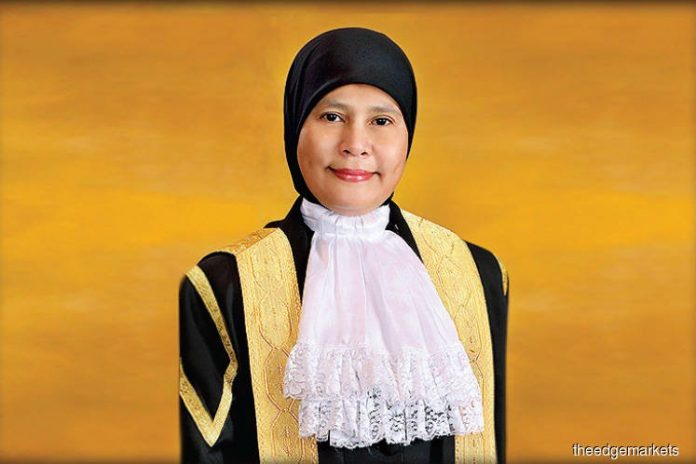 The Malaysian Bar conveys our heartiest congratulations to Yang Amat Arif Dato’ Tengku Maimun binti Tuan Mat on her appointment as the Chief Justice of the Federal Court of Malaysia effective 2 May 2019 – which we laud.

Tengku Maimun is well known to be a fair-minded judge with a good judicial temperament and sound knowledge of the law. We enjoy a good working relationship with Her Ladyship, harking back to when Her Ladyship was the chief registrar of the Federal Court.

We look forward to continuing and strengthening this relationship, in Her Ladyship’s new role in the highest office of the judiciary — a relationship based on mutual respect and with due regard to each other’s role as equal partners in the administration of justice in Malaysia.

As Tengku Maimun will helm the judiciary for approximately six years before reaching the age of mandatory retirement, Her Ladyship’s tenure provides a substantial and opportune period of time in which to perform the vital work of further reforming the judiciary in a holistic and comprehensive manner – so as to ameliorate the negative impact of historical blots on the judicial landscape and continue the effort to rebuild public confidence in the judiciary.

The Malaysian Bar is confident that Tengku Maimun will rise to the occasion by taking all the necessary steps to uphold and strengthen the independence of the judiciary and ensure it is impervious to all undue influence – in order to enable the judiciary to dispense justice in a fair and just manner, grounded at all times in the rule of law.

READ MORE:  K-Lesap subculture of Malaysia’s supreme elite
Support the struggle to build a Malaysia based on Justice, Freedom, Solidarity:

It would be remiss of me to not highlight that Tengku Maimun’s appointment is remarkable and commendable for being the first time a woman has been appointed to the highest office in the judiciary. All 15 persons to hold the top judicial office in the country [previously] had been men.

The appointment of Her Ladyship is a constructive and encouraging step towards increasing the number of women in positions of leadership and decision-making in our nation – and in increasing diversity in the composition of our judiciary, making it less homogenous, and more reflective and representative of the diverse people of Malaysia – a step that will enrich the decision-making process and enhance the quality of judgments made.

The Malaysian Bar looks forward to Tengku Maimun’s appointment being the forerunner of many positive developments in the judiciary and the administration of justice in our nation. Her Ladyship can count on the Malaysian Bar to lend our fullest support to Her Ladyship in her new position, with all the resources that we can muster.