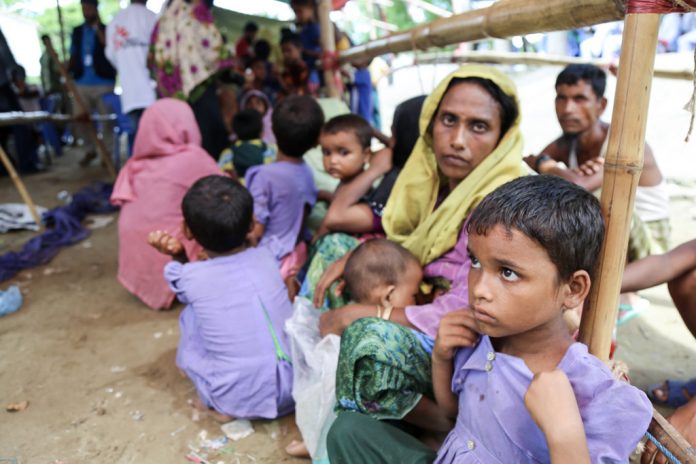 Special Rapporteur Yanghee Lee cited the nearly 1.5 million refugees from Myanmar in Bangladesh, India, Indonesia, Malaysia and Thailand, trafficking and smuggling of people from Myanmar and the drug trade within and outside the region as examples of deepening concerns.

Lee, the special rapporteur on the situation of human rights in Myanmar, continues to be denied access to the country and concluded her 11-day mission to Thailand and Malaysia on 18 July.

“It is incumbent on Myanmar’s neighbours to acknowledge these most serious issues and that they have been created by Myanmar. The continuing gross violations of human rights in Myanmar jeopardise the lives of people around that country and relentlessly impact Myanmar’s neighbours in such a way that could threaten South and South East Asian peace and security.”

The special rapporteur urged regional states to take a stronger position. “When states in this region engage with Myanmar, human rights should firmly be on the agenda. I therefore most strongly urge Asean (Association of South East Asian Nations) to prioritise human rights in Myanmar, and to hold the government of Myanmar to its obligations to respect, protect and fulfil human rights.”

During her visit, Lee received reports that the conflict between the Tatmadaw and the rebel Arakan Army rages on and that human rights violations and abuses against the civilian population are worsening.

The total number displaced by the conflict since January could now be as high as 55,000 across Chin and Rakhine States. “The situation is urgent and deserves more attention from the international community,” said the expert.

“It is now monsoon season in Myanmar and there have been terrible floods in three townships in Rakhine state. There is no access to mobile internet in any of those townships, meaning that people were not adequately prepared for or warned of the floods that occurred. This has resulted in displacement and houses being destroyed.”

Lee also spoke to people from Myanmar who have grave concerns about the way that hate speech and misinformation campaigns are being waged on social media. It appears that these campaigns are getting more sophisticated, coordinated and strategic, using coded language to get around content restrictions to continue to spread hateful messages.

She said social media companies are taking inadequate and inconsistent action; anything done should be in a transparent manner and in close consultation with civil society and technology organisations in Myanmar.

She was distressed that on her mission she received reports of women and girls, some as young as nine, being trafficked from northern Myanmar to neighbouring countries for sex work. Years of conflict in northern Shan and Kachin states has left families financially desperate, making women and girls vulnerable to human trafficking.

The special rapporteur said it is incumbent on the international community to bring about criminal justice in Myanmar. She also said that victims need to receive reparations for the harm caused to them and they have a right to know the truth about what happened to them, their family members and their communities. Solid guarantees that violations that have occurred in the past, and continue to occur now, will not happen again in the future are also essential.

“The first step for this to happen is for the government and the military to reverse its stance of denial, and to recognise what the people of Myanmar have suffered at their hands. The countries in this region and Asean have a large role to play in persuading Myanmar to bring about this fundamental shift.”

ABOUT US
Aliran is a reform movement in Malaysia promoting justice, freedom and solidarity.
Contact us: [email protected]m
FOLLOW US
Content may be reproduced without alteration but please attribute to aliran.com
wpDiscuz
2
0
Would love your thoughts, please comment.x
()
x
| Reply