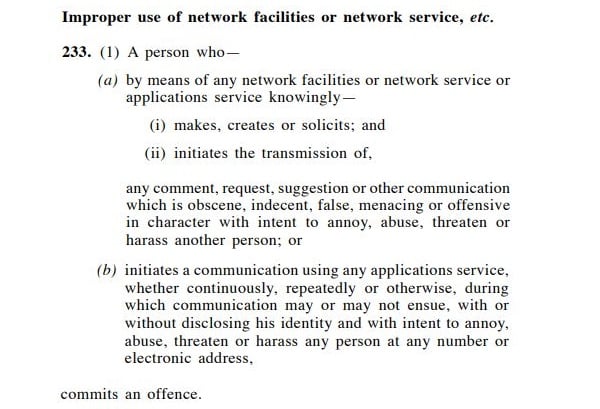 Lawyers for Liberty refers to the statement by PKR information chief Fahmi Fadzil on 28 November where he stated that Prime Minister Anwar Ibrahim has directed the police to open investigations on individuals who make slanderous or outrageous claims against the PM.

It is unacceptable for the new government, which promised reform, to immediately call for police action against critics of the prime minister.

The PM holds no special status at law and cannot lawfully call on the police to defend his reputation. It would be an abuse of power for the PM to order police investigations into people who make accusations against him, as he is an interested party.

Like all other citizens, should Anwar feel aggrieved by adverse comments, he must file a defamation suit in a civil court. The job of the police is to prevent crime, not to protect the PM from insult or criticism.

Anwar Ibrahim and other leaders of Pakatan Harapan need no reminder on the illegality and dangers of using police powers to defend the PM from insult or criticism. PH was at the receiving end of this type of police action when Najib Razak was PM, particularly in relation to the 1MDB saga. Indeed, PH had always taken the position that it is untenable for the prime minister to use the police force to silence critics.

Subsequent to Fahmi’s statement that Anwar had directed police to take action, Baling MP Hassan Saad has been hauled up for police questioning for allegedly saying that Anwar was an Israeli agent. He is being investigated among others under Section 233 of the Communications and Multimedia Act. This even goes against PH’s own promise in its manifesto to repeal Section 233. The fact that the police probe is apparently at Anwar’s behest is inappropriate and potentially unlawful.

Will citizens feel afraid now to criticise the PM?

Instead of a police probe, Anwar should just proceed with the defamation action, which he has already begun against Hassan.

Police intervention can only be justified where offenders make statements which incite harm, violence or injury to the public. In a functioning democracy, police action cannot be taken against politicians or critics for issuing objectionable or insulting or false statements against anyone, including the PM.

If the police initiate criminal investigations into every accusation or insult to the prime minister, it will be a slippery slope towards authoritarianism.

Therefore, we call upon the new government and prime minister to uphold their promise of reform in their general election manifesto and halt all investigations on critics of the PM. This new coalition government must avoid the pitfalls and excesses of previous governments if they truly want to empower free speech and a robust democratic culture. No matter how objectionable or insulting the speech may be, criminal action cannot be the response. That is how we foster a healthy democracy.

Zaid Malek is director of Lawyers for Liberty