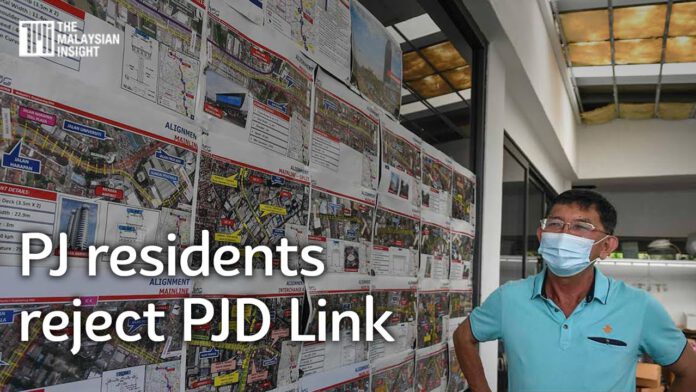 
The delegation of PJ residents, comprising engineers and professionals, presented their views to the minister, including concerns on the socioeconomic and environmental impacts of the highway cutting across Petaling Jaya city.

Questions were also raised about the PJ Dispersal Link’s efficacy in relieving traffic congestion in PJ, due to its limited direct connections to other existing highways and public transit stations, and the challenges posed to the safe geometric design and constructability of the highway, parts of which will have sharp turns and swerve past existing buildings at close range.

The delegation is now seeking to meet with Selangor Menteri Besar Amirudin Shari, state executive council members and Selangor economic action council (MTES) officers who issued an in-principle approval to the developer via their letter dated 3 September 2020, which reportedly opened the pathway for the signing of the concessionaire agreement between the federal government and the highway developer.

Noting that the proposed PJ Dispersal Link highway is closely replicated after the former Kidex expressway, which was cancelled in February 2015, the delegates are also keen to know if any additional information or mitigation measures have been presented by the developer to convince MTES to issue yet another go-ahead, despite the new highway remaining tolled and no process of open tender being apparent to the public preceding all current negotiations – which appears to be incongruous with Pakatan Harapan manifesto pledges.

READ MORE:  Bersih: Where it all began
Support the struggle to build a Malaysia based on Justice, Freedom, Solidarity:Tel: 04-658 5251 email: [email protected]

The delegation looks forward to open dialogues with the menteri besar and his state government, including proposals to conduct independent transport planning studies to review if urban highways are appropriate solutions that properly fit the aspirations of Petaling Jaya residents and businesses, as expressed in the sustainable living and low carbon aspirations of the city, as well as the First Selangor Plan RS-1.

David Yoong said, “We urge the YAB menteri besar and Selangor government to not only solve traffic congestion problems and stimulate the economy, but to adopt longer-term sustainable measures that will integrate and harmonise with comprehensive blueprints for generating sustainable economic growth, safer and healthier living conditions and a greener environment.” – Scrap Highway/saynotopjdlink.org