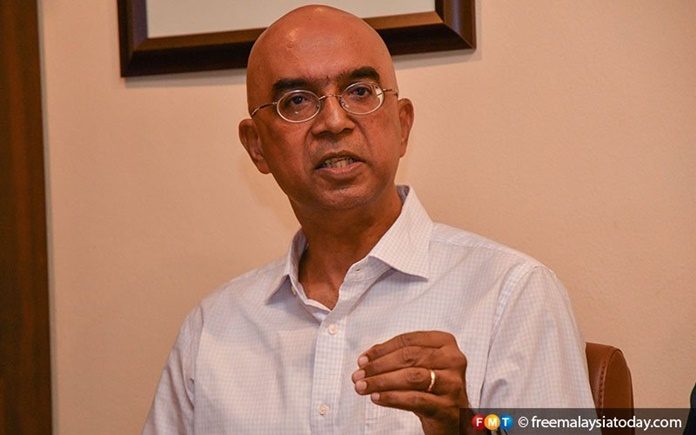 Yesterday, Citizens Against Enforced Disappearances (Caged) spokesperson Rama Ramanathan was informed by the police that he is being investigated over an article he published on his blog, Rest Stop Thoughts (write2rest.blogspot.com).

Rama was informed that he is being investigated for offences defined under Section 504 of the Penal Code and Section 233 of the Malaysian Communications and Multimedia Commission Act Act.

He has not been given specifics, but the titles of the sections indicate his purported offences: “Intentional insult with intent to provoke a breach of the peace” and “improper use of network facilities or network service”.

Rama was informed that the investigation springs from an article he wrote “about Jufazli.”

The article is titled “This sister may have foiled an attempt by the police to disappear her brother.”

Caged notes that in the article, Rama wrote: “Nurazimah said she was aware of what happened to Amri Che Mat and to Raymond Koh. She believed the police had abducted and disappeared Amri and Raymond, and she wanted to do everything possible to prevent her brother from suffering the same fate.”

Caged notes that Rama mentioned other features of the arrest of Jufazli and Nurashimah which would lead any reasonable person to conclude that the police were attempting yet another enforced disappearance.

Caged notes that the magistrate who heard the case against Nurazimah concluded that the officers who conducted the arrests did so without lawful authority.

Caged therefore calls upon Inspector General of Police Hamid Bador to reveal how many officers involved in the case have been investigated and what actions have been taken against them.

Caged urges the inspector general to focus on ending enforced disappearances and to stop wasting resources to intimidate our spokesperson. We will not be intimidated.