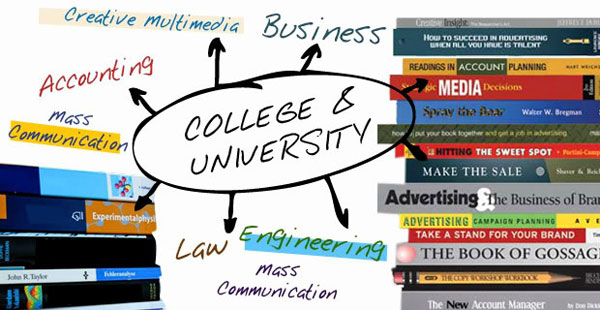 For many years and after numerous ministers now, the Malaysian academics movement Gerak, along with too few other critical commentators, have argued consistently that the decline of Malaysia’s higher education institutions, particularly our public universities, is a consequence of government control and interference over these institutions.

This control and interference, as we shall show, exceeds the provisions of the law.

In this regard, our call is for government and the ministerial bureaucracy to start discharging their roles in accordance with the laws and their underlying policies.

Bureaucrats in the ministry, on the other hand, have mocked such complaints of interference by alleging that university governors are not competent to govern these institutions autonomously.

Such allegations, if true, surely reflect the failure of the minister and his or her minions to appoint the right persons, since they play a key role in the appointment of these ‘incompetents’?

What is clear is that the ongoing official disregard for laws and the paternalistic attitude towards higher education leaders will drive these most important public institutions to further decline.

This would be tragic because our nation relies on its higher education institutions to build its existing and future capacity to develop the nation and its people and to eradicate poverty and other causes of human misery.

Treating universities in the same way as other government-linked enterprises that are used by political dynasties to reward political loyalists – worse, to use universities and positions in them to embellish personal vanities – will only deprive our young of their right to be educated to their true potential.

It is a vicious cycle because these vice-chancellors and deputy vice-chancellors often tend to appoint middle managers like deans, not based on merit, but from a pool of ambitious, apple-polishing sycophants.

As a consequence, instead of focusing their duties on the university community of academics and students and the public, these officials act to appease the government and seek its patronage.

Our stand – indeed our reminder to the current minister – is that it is urgent that government distances itself from the traditional processes that guide higher education institutions and discharges its role in higher education in accordance with the laws.

Such laws are already in existence. But they seem to have been ignored for quite some time.

The regulatory system that emerged from the 1996 reform of higher education had three distinct components – the National Council on Higher Education (NCHE) as the policy-formulating body, the National Accreditation Board (later morphing into the Malaysian Qualifications Agency (MQA)as the body to accredit institutions and higher education programmes), and the Ministry of Higher Education as the implementing and monitoring body.

As far as public universities were concerned, their governance systems were corporatised, giving the board of directors wider and more business powers to supplement government funding.

Had the new system been adhered to, the NCHE would have been deciding on policies on all matters concerning higher education as stipulated in the founding legislation.

The ministry, in turn, would have been the gatekeeper, approving and monitoring the establishment of higher education institutions, and the MQA, the accreditation body, would decide on quality and standards and the accreditation of educational programs.

The system, however, failed to do this.

Indeed, in 2012 the oft-criticised Universities and University Colleges Act 1971 (UUCA) was amended to establish a new bureaucracy to regulate public universities.

Despite the intended demarcation of roles, the ministry encroached into the policymaking preserve of the NCHE, issuing new policies, and changing existing ones through circulars and subsidiary legislation.

Then, some time in 2011 or 2012, the NCHE itself was made dormant. The NCHE is not an incorporated body. Its continuation is dependent on members being appointed to it. If members are not appointed, the NCHE ceases to exist.

Unfortunately, this has been the case for a considerable period. Things were about to change under the 2018-2020 Pakatan Harapan government. But its premature demise after the Sheraton move put paid to such changes.

As it stands now, government influence is most felt in the way vice-chancellors, board members and other officers are appointed to the 20 public universities.

The UUCA actually requires the minister to act on the advice of committees before making these appointments. There is, however, little transparency in the appointments processes.

The committees are appointed by the bureaucracy and members serve at the pleasure of the minister. But in a rare recent challenge on the way a member of such a committee was removed, the Kuala Lumpur High Court held that the minister had acted ultra vires the powers conferred on her.

Gerak believes there is a need to continue mounting such challenges, to prevent bureaucrats and politicians from mocking the laws and blatantly disregarding due process.

The MQA Act 2007 replaced the National Accreditation Board with the MQA as the accrediting body. Unlike its predecessor, the MQA does not fall within the jurisdiction of the NCHE.

With the NCHE henceforth being treated so dismissively, it is not surprising it has remained inconsequential for more than a decade.

This is distinctly different from the way the minister’s powers over other levels of education are stated in the act.

The minister is also vested with the discretion to establish and maintain colleges and polytechnics other than colleges with the status of a university or university college established under the UUCA.

As for teacher education colleges, the minister’s approval is required for their establishment and maintenance, but the minister may also establish and maintain such colleges.

The second implication of Section 70 is that the provision of higher education in the country is to be determined by specific legislation creating such institutions.

The two main legislation on higher education are the UUCA and the Private Higher Educational Institutions Act 1996 (PHEA).

Each of these two acts describes the role of the minister in almost identical terms, which in turn echoes section 70 of the Education Act.

Under Section 3 of the UUCA, the minister is responsible for the “general direction of higher education and the administration of the Act, which shall be in accordance with the national policies, strategies and guidelines on higher education formulated or determined by an authority established under any written law for such purposes”.

Under Section 4 of the PHEA, the minister is empowered to give directions to the registrar general of private higher education on matters that are consistent with the provisions of the act. These directions may be in relation to matters in which national policies, strategies and guidelines on higher education have been formulated or determined by the NCHE.

Section 70 of the Education Act also compels the minister to observe the provisions of the NCHE, which is also a written law on higher education.

The NCHE is, therefore, a vital part of Malaysia’s national higher education system, particularly in relation to the powers of the minister.

If the council is not operational, the system is incomplete and the minister may not be able to act on matters concerning higher education under any of the legislation.

Hence, it is clear under the law that the NCHE is central to the development of higher education in Malaysia.

It has been – and still is – Gerak’s stand that the NCHE needs to be restored and its powers over matters concerning higher education need to be recognised and, indeed, increased.

Needless to say, restoring the NCHE would also mean the selection of members representing the major stakeholders. Such selection, apart from being transparent, must not be solely determined by the minister or ministry bureaucrats. Ideally, the minister should only play a facilitator’s role and the various stakeholder organisations should be given the freedom and authority to appoint representatives they see fit.

These would certainly need to include respected scholars, active leaders of civil society, credible industry leaders with vision beyond making a quick ringgit, current and former student leaders, and, certainly, representatives from university academic unions.

It would be an informed NCHE, designed to do a job well; certainly, an NCHE with clout and the desire to genuinely raise our higher education standards from the troubled level it is in now. – Gerak