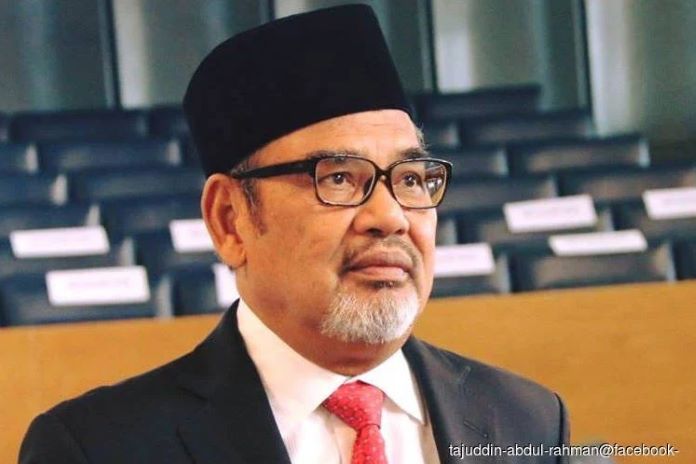 The avalanche of public opinion not in support of this move by the PM and his cabinet cannot be ignored.

Patriot’s members have been receiving a non-stop stream of messages and sentiments registering public’s disapproval.

In fact, a petition on Change.org calling for the revocation of Tajuddin’s appointment has garnered over 7,500 signatures within hours of going online [13,000 now].

It is not too difficult to understand the public outrage and why there is overwhelming protest over the appointment of the ambassador to Indonesia.

Even though the PM has assured everyone that Indonesia has welcomed the appointment, many in Malaysia think otherwise.

The opposition must be recognised as the voice of caring, concerned, committed and patriotic citizens who take an active part in the protection of the good name of our beloved nation and its reputation.

Patriot recognises and values the public opinion in the best interest of nation-building. In the spirit of ‘keluarga Malaysia’ (Malaysian family), an initiative rolled out by Ismail Sabri himself, citizens are together in their opinion and disapproval of the appointment of the politician concerned.

In fact, even the credible mainstream Malay Mail, which made its appearance way back in 1896) published details about Tajuddin in a piece in May 2021: “A man of much controversy: Here’s a list of the times Tajuddin made headlines for all the wrong reasons”.

Suffice to say, the long list of controversies surrounding Tajuddin technically and principally disqualifies him from being selected and appointed to play an ambassadorial role.

In this regard, Patriot demands that the prime minister and cabinet members rethink and quickly revoke the appointment.

Such a remedial response from the government would go a long way in keeping the ‘keluarga Malaysia’ spirit intact and relevant for the times.

Ignoring this overwhelming public outcry would be detrimental to the leadership of the government, and its ramifications will only precipitate public disappointment and loss of faith in Ismail Sabri’s leadership.

Not a wise decisions made by our PM to elect current Pasir Salak MP to become our head of mission in JKT. There are more calibre of senior career diplomats at Wisma Putra who deserves more for such appointments. We don’t need a blatant, arrogant and it’s stupidity remarks over a lot of incidents either in Parliament and in public to represent Malaysia in a democratic country with more than 274 millions population. What benefits does Msian people gets out of it? Only cronyism, and depleted of public funds to finance him and his family lifestyle and in the same time reaping the Pasir Salak MP’s allowances for not being available to represent its constituency where he is elected. Choose the right candidate and not political cronies.

Grim times ahead for Malaysia