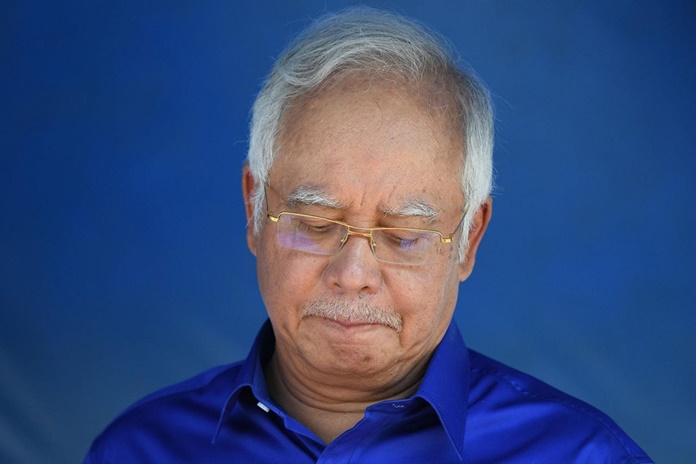 The Center to Combat Corruption and Cronyism (C4 Center) is appalled at the news that former Prime Minister Najib Razak has been allowed his passport for travel, especially since he has already been convicted of serious corruption and criminal breaches of trust.

We urge the Attorney General’s Chambers and the prosecution team to explain to the public why there was no objection to Najib’s application for temporary custody of his passport. There are real reasons for concern about flight risk, as he is appealing his conviction, and continues to face more daunting charges in court, all related to 1MDB and its subsidiaries.

He is also appealing an amount of RM1.7bn of fines to be paid to the Inland Revenue Board.

In addition, the 1MDB scandal was again named in the Pandora papers and linked to Russian and Indian frauds, signalling no end to this gargantuan financial heist, of which he is a central figure.

Despite the heavy load of charges and a slew of court dates still before him, and with repeated delays due to Covid, the prosecution did not see fit to object to the application. We ask for an urgent explanation of what constitutes a fair request.

C4 Center asks for the full reasons behind the decision not to object to his application for the return of his passport.

It bears stating again that Jho Low and Nik Faisal, central allies of Najib, are both still at large, and Malaysia cannot afford to give Najib any opportunity to escape, after being charged with multiple counts of money laundering and corruption in such a massive financial heist. We ask again what measures are in place to ensure he does not slip away.

As it stands, how is it that Najib, who owes the government such a hefty sum, is allowed to leave the country, while PTPTN (student) loan and income tax defaulters get blacklisted?

While the blacklist for PTPTN loan defaulters has since been overturned, this still represents a gross inequity in treatment. Double standards in the execution of the law will greatly affect the upholding of the rule of law.

Should it really be a case of class and caste, action has to be taken to protect the judiciary against the pulling of strings and offering of favours, to ensure that justice is meted out properly, with the punishment befitting the crime.

We are dealing here with a convicted criminal who is barred from contesting in the coming general election, but he is allowed to travel overseas. Where is the logic in this?

We urge the Ismail Sabri Yaakob government to assure Malaysians that former PM Najib must account for his misdeeds and cannot be given preferential treatment. – C4 Center