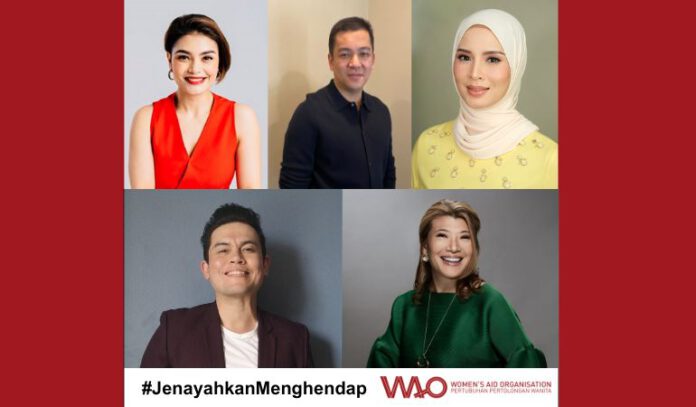 As part of its ongoing advocacy efforts to make stalking a crime in Malaysia, the Women’s Aid Organisation (WAO) kicked off the #JenayahkanMenghendap awareness campaign in collaboration with five key influential figures.

Under the provision, a person is deemed to have committed stalking “if the individual repeatedly by any act of harassment, intends to cause or knowing or ought to know, that such an act is likely to cause, distress, fear or alarm to any person of the person’s safety”. If passed, those convicted of the offence may face three years’ jail, a fine or both.

According to Sumitra Visvanathan, executive director of the Women’s Aid Organisation (WAO), “Stalking is currently not a crime in Malaysia and there’s no legal provision for stalking survivors to obtain a restraining order. In a study conducted by Women’s Aid Organisation and Vase.ai, it was revealed that over 20% of Malaysians have heard of stalking and do not think it is wrong. This is indeed a worrying statistic.

“While awareness and public discussion on domestic violence and sexual assault have increased in recent years, understanding of the term stalking remains low. Through the #JenayahkanMenghendap awareness campaign, we hope to leverage on the reach and engagement of key influencers to encourage the public to openly speak of their experiences and to learn about the law. Aside from our call for legislative change, we believe that collective community action is required to end stalking,” Sumitra added.

As part of the #JenayahkanMenghendap awareness campaign, the WAO is working closely with influencers on a series of postings on stalking and the proposed anti-stalking law via social media platforms such as LinkedIn, Instagram, Facebook and TikTok.

TV personality Daphne Iking sees the importance of educating Malaysians, especially the youth on stalking awareness and prevention. “In Malaysia, stalking is often culturally seen as a private and personal matter. In fact, many are in fear and refrain from speaking up. Public awareness campaigns are needed because many people who experience violence are not always sure if what they experienced is a crime, and as such, they do not report it. There are cases when the victim became suicidal. I think it is time for Malaysia to step forward and criminalise this,” Iking said.

“Stalking is widespread in Malaysia. While most victims of stalking are females, males can be the victims of this crime, too! Sadly, many of them feel shy to seek help due to individual, interpersonal, sociocultural factors and traditional gender stereotypes that shape perceptions,” TV host and emcee Ben Ibrahim added.

The WAO has also proposed three amendments which would further improve the bill:

At the end of last year, the WAO had submitted a memorandum signed by over 50 civil society organisations and a petition (which is currently signed by more than 11,000 people), urging the Malaysian government to criminalise stalking. Check out the online petition.