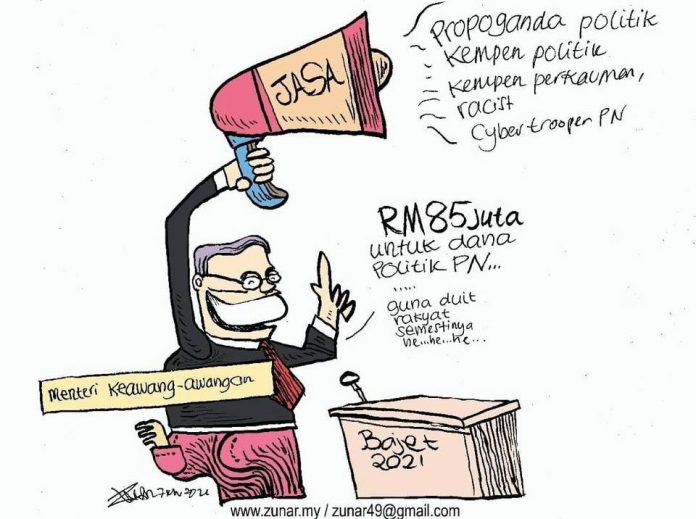 Patriot would like to know the rationale for the Special Affairs Department (Jasa) of the Ministry of Communications and Multimedia being allocated RM81,549,200 in Budget 2021.

Prior to the 2018 general election, Jasa was allegedly used to spearhead ‘cybertrooper’ attacks against Pakatan Harapan politicians.

Patriot would also like to know why Jasa is still being retained and not disbanded. Even if it is meant to disseminate information about the government’s initiatives and programmes, what is so special about Jasa that other agencies of the ministry cannot do? This is sheer duplication of tasks and wastage of funds.

At a time when our country is so squeezed of funds, such wastage is irresponsible.