Home Coalitions Clean and Fair Elections Bersih 2.0: Why is Hishamuddin Rais not allowed to leave the country? 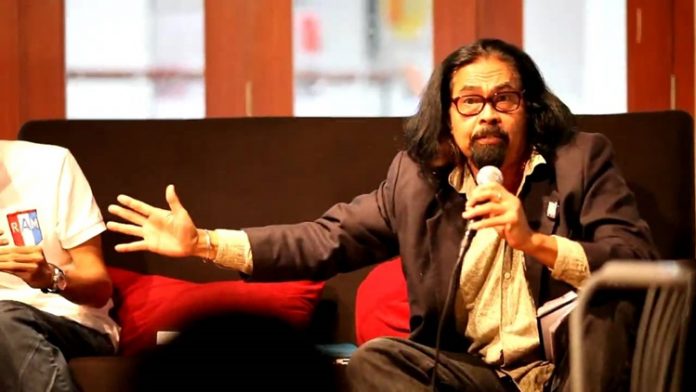 Bersih 2.0 demands to know why activist Hishamuddin Rais has been barred from flying overseas.

It has come to the knowledge of Bersih 2.0 that late on the night of 3 December 2015, Bersih resource person and avid social activist Hishamuddin Rais was denied the right to leave the country.

The Coalition for Clean and Fair Elections (Bersih 2.0) demands that the government of Malaysia provides the answer as to why has Hisham been barred from flying overseas.

Hisham, a well known social activist and writer, was scheduled to fly to Seoul on an invitation by Forum Asia via Korea’s People Solidarity for Participatory Democracy (PSPD) to observe a peaceful assembly in Seoul City Plaza on 5 December 2015.

The invitation was sent to Bersih 2.0, and Hisham was indeed our representative.

Two others from the region were invited together with him, namely Chiranuch Premchaiporn (executive director, Prachatai Thailand) and Pimsiri Mook Petchnamrob (East Asia programme officer, Asia Forum for Human Rights and Development).

Bersih 2.0 strongly feels that there is no reason whatsoever to deny him the freedom of movement, as entrenched in Article 9 of the Federal Constitution.

It is worrying that on the day Parliament passes the National Security Council Bill, a familiar ‘enemy of the state’ (for lack of a better description) such as Hishamuddin Rais, is not allowed to leave the country for no apparent legal reason.

Thus, we demand that the government explains itself, lest such an arbitrary act on the part of the government be a signal of worse things to come vis a vis the NSC Bill.