Home Coalitions Clean and Fair Elections Bersih 2.0 will not be distracted from fight for democratic reforms 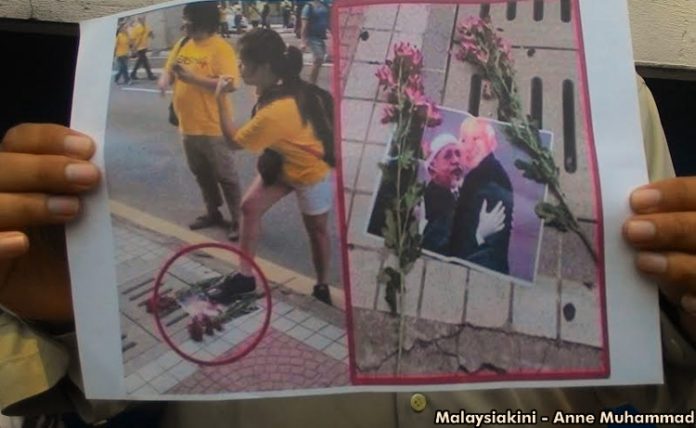 Bersih 2.0 is deeply disappointed with how the incident of a small group of protesters stepping on a picture of Prime Minister Najib Razak and Abdul Hadi Awang is being played up by certain quarters.

Bersih 2.0 again conveys our regret over the incident and recognises that such actions were insulting and caused hurt to parts of Malaysian society, but stresses that to step on pictures of political leaders is not a crime.

The racial slurs hurled against Bersih 4 participants and organisers are without basis and are an attempt to move the discourse away from corruption and the need for accountable governance to a racial spat, which is beneath all Malaysians.

Bersih 2.0 rejects the attempts by certain quarters to distract from the true essence of the Bersih 4 rally, in which 500,000 people took to the streets over two days to demand democratic reforms.

Bersih 2.0 is committed to pressuring members of parliament to implement the following institutional and legal changes:

Bersih 2.0 reiterates that, while it is regrettable that the picture-stomping took place, we must not forget the vast majority of Malaysians who came out for Bersih 4 were disciplined, good-natured and patriotic citizens. Their demands for reforms should be respected and the fact that we had a peaceful assembly should be celebrated by all Malaysians.