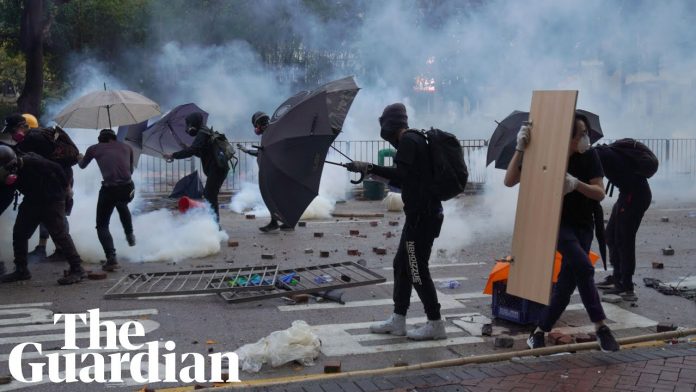 The Coalition for Clean and Fair Elections (Bersih 2.0) is alarmed that the protest in Hong Kong has escalated to a critical and dangerous level this past week, bordering on civil war between the police and some of the protesters.

The siege by the police of The Hong Kong Polytechnic University that is happening right at this moment threatens to end in bloodbath for the hundreds of student barricaded inside. Such a tragedy would leave a permanent and painful scar on the collective memories of the people of Hong Kong and indeed the world and must be averted at all costs.

Bersih 2.0 appeals for the immediate cessation of hostile actions on both sides of the conflict and for the police to withdraw from attempting to enter the campus and take control of it through the use of deadly force, including using live ammunition.

All efforts must be made by both sides to find ways to end the protest, which has now escalated to tragic levels with lives lost or seriously wounded, over 3,000 arrested and city life and the economy severely disrupted.

Bersih 2.0 calls on the Hong Kong authorities and responsible media to stop labelling protesters as radicals, rioters and criminals but to acknowledge that they are citizens with legitimate discontent and young people who have a stake in the future of Hong Kong.

The government is vested with power, resources and a responsibility to end the over six months of impasse. The ball is truly in its court to end the crisis.

Bersih 2.0 urges people of goodwill in Hong Kong to reach out to both sides of the conflict – the leadership of the government and the protesters – to start negotiations for a peaceful and lasting settlement. While this is a “leaderless” protest, there are most certainly people of influence among the protesters.

It is time to talk and start listening to each other’s concerns, expectations, fears and even limitations. Trust must be restored. It is time to start discussing the remaining four of the five demands of the protesters and come to some form of settlement.

But talks cannot begin until hostilities cease. The Hong Kong government could signal its good faith and desire to negotiate by withdrawing the police from the polytechnic university immediately.

Bersih 2.0 suggests that all those who were arrested throughout the past months be given due process of the law, according to international standards. This would go a long way to demonstrate goodwill on the part of the authorities. We would also call on the authorities to allow third parties from within and outside the region to act as intermediaries.

Bersih 2.0 reaffirms the right of the citizens of Hong Kong to hold peaceful protests as guaranteed under Hong Kong’s Basic Law Article 27 and calls on to Hong Kong government to reaffirm and defend this right.

As a movement that advocates for democracy and freedom in Malaysia, we are in solidarity with all who aspire for freedom, justice and respect for the dignity of every human life, regardless of which nation they may reside in.