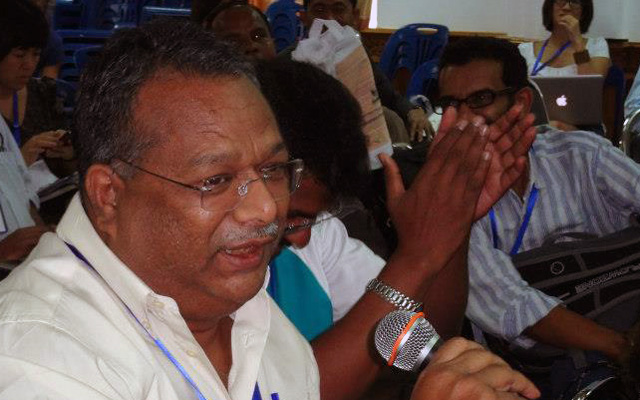 Gabungan Bertindak Malaysia (GBM) would like to express solidarity with a member of our executive council, Sarajun Hoda Abdul Hassan, who was charged in the Taiping Sessions Court on 3 August 2021 under Section 233(1)(a) of the Communications and Multimedia Act for allegedly sending insulting comments about Islam on Facebook.

He was accused of transmitting offensive communications on Islam, with the intention of offending others, on his Facebook page between 9am and 12.52pm on 26 April.

He was alleged to have recommended that Islam be removed as the official religion of Malaysia, that the Department of Islamic Development Malaysia (Jakim) be closed and that Islamic religious elements in government administrations and schools be removed.

He was sharing a link to a website Islamicity Indices, which lists countries in ranking according to their adherence to Islamic values. In the post, he suggested that for Malaysia to make it to the top five of the index within 10 years, we need to take the cue from the countries already there and he made the recommendations above.

Though Sarajun deleted his post shortly after, it was already screen captured and distributed.

According to the 2019 ranking which was shared in the post, the top five countries are New Zealand, Sweden, Iceland, Netherland and Switzerland.

We take the stance that Sarajun was merely expressing his constitutional rights to freedom of speech and expression. Any such opinions, even in public, should not be regarded as mere insult or incitement.

We are also of the opinion that the Communications and Multimedia Act in its current form is an arbitrary and draconian law that will only serve to hold back Malaysia in the digital age and needs to be amended.

Badlishah Sham Baharin is chairman of Gabungan Bertindak Malaysia. This statement was issued on behalf of the GBM executive council.