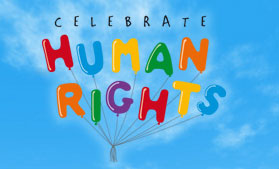 International Human Rights Day fell on 10 December. Gabungan Bertindak Malaysia (GBM) would like to take this opportunity to thank and congratulate Malaysians who have persevered in promoting and defending the rights of all people and their fundamental liberties.

We urge the government to make Malaysia proud by fulfilling Promise 26 of its election manifesto, which is to make our human rights record highly regarded and respected by the world. The formation of the parliamentary Select Committee on Human Rights and Constitutional Affairs is a step in the right direction and a good start.

In commemorating International Human Rights Day, we take this opportunity to convey our message.

Many concerns and issues amidst us have had a devastating impact on the dignity of persons. We hope that action would be taken to ease the suffering of the victim of these unfortunate circumstances.

The world today is confronted with violence, behaviour, expressions and conduct bent on extremism ie hate, prejudice and bias against others who are in a minority or those who are different. Many are persecuted in forgotten, remote regions of the world where individuals, families and community suffer a great deal or are denied their basic rights – an affront to their human dignity.

The world has also witnessed two deadly terror attacks on individuals and the community in Christchurch, New Zealand and Colombo, Sri Lanka. Such attacks were strongly condemned and should never be repeated for the right to life and existence is the most fundamental of human rights.

In Malaysia, the quest for greater promotion and protection of human rights remains. The recently released Human Rights Commission of Malaysia (Suhakam) 2018 report, which was debated for the first time in Parliament recently, set a healthy trend for the human rights agenda.

Yet, as the report shows, many areas that deserve greater attention to enhance human rights remain for both the government and society to undertake. There are areas of discrimination not mentioned in the report but discrimination and prejudice of any form towards individuals, communities and wider society should be resisted and opposed.

Of critical note is the denial of basic rights of security to children, women, those of other sexual orientations, refugees, foreign migrant workers, asylum seekers, immigrants or the stateless who are targeted or singled out with hateful words, acts and violent crimes such as assault, rape and even murder.

All these deserve urgent address if Malaysian society is to experience the sustainability of a peaceful, harmonious society premised on strong institutions, moderation and acceptance, mutual respect for human dignity and for the flourishing of human society.

GBM therefore calls on all Malaysians of all walks of life to address many of these issues to make Malaysia more mature so that it becomes a better place for all of us.

Zaid Kamaruddin, the chair of Gabungan Bertindak Malaysia (GBM), released this statement on behalf of the GBM executive committee