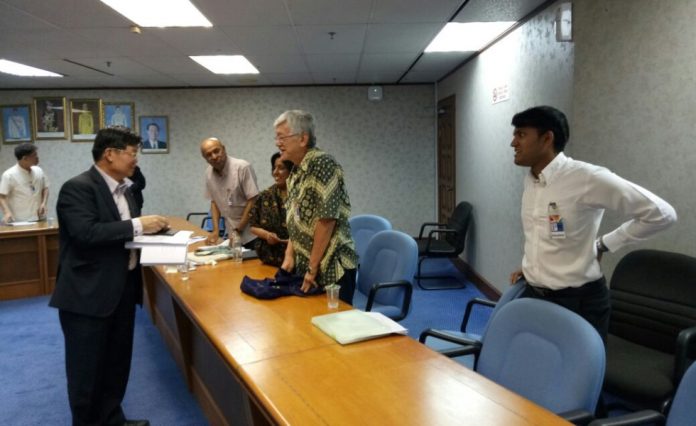 The Penang Hills Watch (PHW) initiative of Penang Forum (PF) has submitted its maiden report on hill-clearing cases in Penang to the state government.

The report, submitted on 2 January 2017, covers cases and complaints that PHW has tracked over the past few months.

While the scope of PHW includes the whole of Penang state, all the reports received were from the island and centred on the middle belt of the island’s hills. The report zoned the island into three separate regions. Cases from each region detail the location, its geo tag and a photo of the clearing activity to help in investigations. Cases of hill clearing activity documented include both those for agricultural purposes and hill-slope development.

In its reply to the PHW report, the Penang state government clarified that out of the 29 cases documented by PHW, 14 were legally permitted land works, nine were illegal clearing activities, one was a case of natural slope failure and a further five are under investigation with other relevant departments. The nine cases of illegal clearing have been issued stop work orders or are being followed up by court action.

The cases are as shown in the table below:

Rexy commended the Penang state government’s concern and transparency in responding to the PHW report. He added that the nine cases of illegal clearing which were documented have to be followed closely and if necessary, mitigation action taken to rehabilitate these areas. As for the cases which are legally permitted, it would be good that they adhere strictly to relevant state laws with regard to land work and drainage.

Penang Forum sincerely hopes that in line with the state’s initiative for a “Cleaner and Greener Penang”, the submission of this report and subsequent PHW reports will help the state government track hill-clearing in Penang and enable close cooperation between the state government and civil society in tackling one of Penang’s most troubling issues.

Launched in October 2016, Penang Hills Watch (PHW) is a citizens-oriented initiative to provide an information platform for keeping watch on activities affecting the hills of Penang.

Reports of hill-clearing can be submitted via WhatsApp to the PHW hotline at +6011-51274277, via email ([email protected]gmail.com) or through its Facebook page (@PenangHillsWatch).

2. The state government’s summary of the 29 cases highlighted by PHW:

3. The state government’s detailed response to the 29 cases