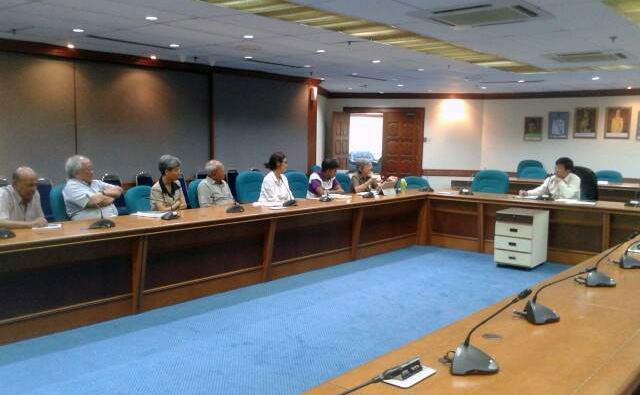 The Penang Hills Watch (PHW) initiative of Penang Forum (PF) submitted its second report on hill-clearing cases in Penang to the state government on 3 April 2017 in which 12 observations made by the public were highlighted.

At the meeting Tuan Rusli informed about the use of the department’s forest monitoring using remote sensing (FMRS), which combines the use of high-resolution satellite imagery, cameras mounted on drones and computerised mapping with geographical information system (GIS) for surveillance and detection of clearing activities within the state’s forests.

While the Forestry Department’s effort in monitoring through remote sensing is to be lauded, Penang Forum contends that there is merit in complementing remote monitoring with the kinds of field observations that the Penang Hills Watch project has been set up to report, particularly where clearing activities are not so clearly detectable from the air.

Penang Forum appreciates the prompt action taken by the Penang State Forestry Department in liaison with other state departments to investigate a series of reported clearing activities happening on the slopes of Bukit Laksamana in Mukim Teluk Bahang.

On 25 July 2017, Penang Forum received the written response from MBPP that provides details of the 12 cases of land-clearing described in the PHW second report. The specific lot numbers where the activities were observed were identified, as well as the status and action undertaken by the MBPP were stated.

The specific responses to each of the 12 cases have been duly updated in the PHW portal.

In summary, all 12 cases of hill clearing were not officially approved (see table below).

The remaining five cases have been identified to occur on state land, whereby the MBPP has referred to the relevant government agencies for follow-up action.

It is obvious from the MBPP response above that other government agencies with particular jurisdiction over state-owned land would need to be actively engaged in this continuing endeavor to minimise the adverse impacts of hill land-clearing activities.

Penang Forum sincerely hopes that in future meetings, which YB Chow had indicated willingness to convene, there would be wider representation of the relevant agencies that had been and will be invited to attend and participate.

Note: Penang Hills Watch, launched by Penang Forum in October 2016, is a citizens-oriented initiative to provide an information platform for keeping watch on activities affecting the hills of Penang.

Reports of hill clearing can be submitted via email ([email protected]) or through its Facebook page.