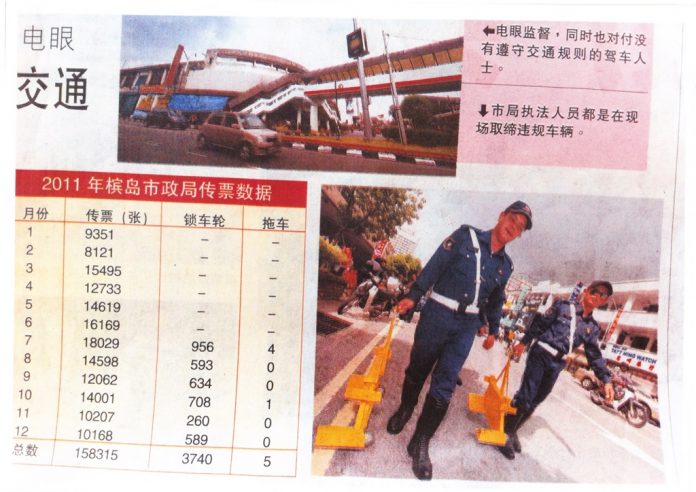 On 29 February, the chief minister had invited Penang Forum representatives for a dialogue which was fruitful and ended amicably. There was a discussion on the illegal parking and towing of cars.

The difference with regard to the number of cars towed by the MBPP arose because the MBPP and the press did not take into account his full explanation (instead, they focused on only one part of his explanation) as clarified by Dr Lim in his press statement of 21 March 2016. Unfortunately, it has been brought to the level of press conferences and the public vilification of Dr Lim, with the use of terms like “hero with lies”.

Penang Forum holds the highest regard for Dr Lim’s professionalism. He is a professor who has taught in universities in Malaysia and the United States. As an international banker, he worked, among others, in Chemical Bank (now JP Morgan Chase) in New York, Credit Suisse First Boston in Singapore and Asian Development Bank in Manila.

He is an international speaker and his works have been published internationally. He has also authored a book on the present global financial crisis and its impact on Asia.

Dr Lim has chosen to return to Penang and sacrificed his time to serve the state as a city councillor for the last five years. Known for his unswerving integrity and straight talking, Dr Lim has little patience for intrigues and scheming. He speaks his mind, rights the things that he sees that are wrong and laments the wrongs that he cannot change. This is a man unlikely to misinterpret figures and reports and with too much integrity to ‘lie’. He has nothing to gain and nothing to prove.

Penang Forum was truly shocked by this frenzy and uproar over a complaint of ‘lack of enforcement’, a constant daily problem in our urban lives. Is a councillor not supposed to highlight these issues? Should he be belittled and abused for doing so based on figures presented to him? Isn’t transparency what is advocated by the state government?

Dr Lim is the epitome of the kind of Penangite that the government wishes to encourage to return and to serve the state. The belittling of Dr Lim in public is unbecoming of a government that advocates competency, accountability and transparency. Penang Forum hopes that this will be the last episode of this sort.

Moving forward, Penang Forum hopes that honest and open engagement with the state government and council will continue in the spirit of working for the betterment of Penang.