Home Coalitions Penang Forum Who is plucking Penang population figures from the air? 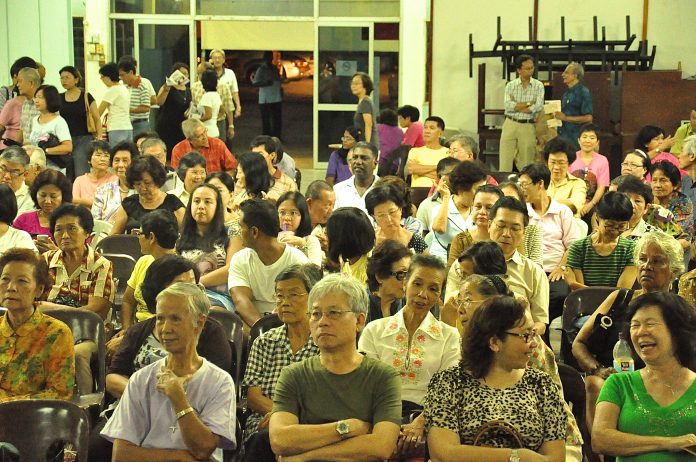 Penang Forum would like to respond to Penang Chief Minister Chow Kon Yeow’s statement that the Penang population, as projected by the project delivery partner for the RM46bn transport proposal, would be “at least 2.3 million” by 2030.

According to a Free Malaysia Today report:

Chow said the population projection by the project delivery partner of the PTMP was based on data from the Statistics Department.

Chow said by the time the PTMP projects are completed, around 2030, Penang would have “at least 2.3 million people”, as revealed by the country’s statisticians.

“NGOs sometimes pluck figures from the sky, without referring to official statistics. The PTMP population estimate was based on the number available when the projection was made, which was in 2015.

“Based on population growth data and the current population, by 2030, we will have 2.2 to 2.4 million people.

The chief minister says its forecasted population for the Penang transport proposal came from data from the Statistics Department, and its projection was made in 2015.

But last year, in 2017, the government came up with mid-year population projections for 2020, 2025, 2030, 2035 and 2040. The projections are calculated using a component of change model that incorporates information on natural increase (births and deaths) and net migration (net internal migration, net international migration).

The source website data.gov.my is a public sector open data portal that was launched during the Asean CIO summit in 2014. It is a one-stop service centre for the people to access and download open government datasets online. The website is copyright of Malaysian Administrative Modernisation and Management Planning Unit (Mampu). And as can be seen from the left column, the data comes from the Department of Statistics, the real experts in population forecasting.

From this dataset (download the spreadsheet file), we can see the projected population for Penang by 2030 would be 1.983 million (and NOT “at least 2.3 million”). Even by 2040, the projected population would be 2.113 million – well below the state government’s figure of “at least 2.3 million” in 2030. Download the dataset spreadsheet file.

So the projected population of 1.983 million by 2030 is a tiny increase from the estimated present population figure of 1.77 million in 2018.

Are the state government and project delivery partner projecting a much higher population for 2030 for the sake of legitimising their own plans? Without the projected population increase to “at least 2.3 million” by 2030, it would be difficult to justify the proposed massive land reclamation (an additional 7,700 acres as stated in the draft Penang Structure Plan 2030), the controversial RM46bn transport proposal and the idea for a new airport.

So where did the state government or the project delivery partner pluck its projected figure of “at least 2.3 million” population in 2030 from?