Home Events Working with Youth: A hike in Teluk Kumbar 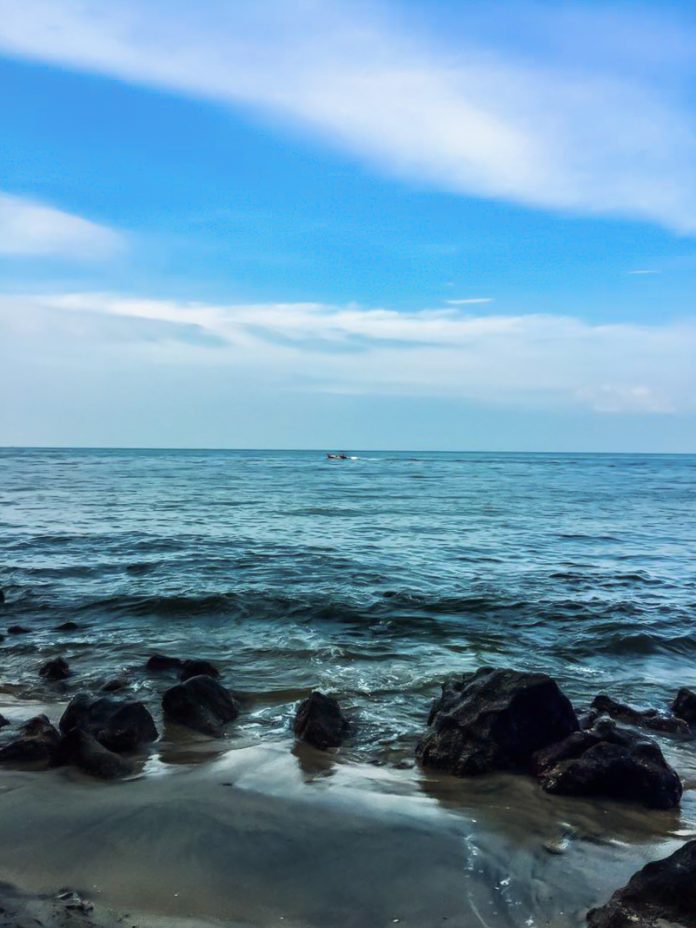 In a few years, this picturesque view (above) of the beach in Teluk Kumbar might be replaced with three artificial islands if approval is given for a 4,500-acre land reclamation project.  An Aliran team is inviting concerned youths for a hike to check out what is at stake. Aliran intern Penny Wong reports.

As part of the massive reclamation plan, a controversial RM8.4bn Komtar-Bayan Lepas elevated light rail transit will be eventually extended to the three artificials islands off the coast of southern Penang Island. Developers will build homes for some 300,000 people on these islands – but just 20 per cent of the homes will be ‘affordable’.

The three new islands will change the geography and landscape of southern Penang. Concerns have been raised over:

As part of a Working With Youth project, the Aliran team checked out the site on 19 August 2017.

It was a clear day with a gentle breeze. We started our journey walking along the beach where we saw some families enjoying the beach, picnicking and fishing. From where we stood on the beach, we could see Pulau Kendi across the sea in the South West.

We walked along the beach for a bit before heading up a slope to a look-out point on Bukit Tudung (I think that’s what it’s called). Luckily for us, we soon bumped into a young local and his two nephews who showed us the way. The hike did not have a clear path but was relatively easy to walk on except along bits where the sand was soft.

The trail took us along some woodland area where we spotted rubber trees as well as white and orange mushrooms. As we hiked, we caught glimpses of the rocky shore to our right.

We eventually made it to the look-out point and had a breathtaking view of the sea and of planes landing at the airport nearby. The look-out point was shaded by tall trees, and the atmosphere was peaceful. One of the hikers joked, “Boleh tidur kat sini,” and we laughed.

Our young local guide told us many stories and mentioned that the look-out point was also a fishing spot. We were surprised to actually see fish in the sea and a monitor lizard swimming in it. After a while, we made our way down and were lucky to spot crabs on the rocks.

It was indeed a pleasant hike, and it made me sad that this beautiful shore would soon disappear if the reclamation takes place. Is this the development we want for Penang?

If you are interested and concerned about Penang’s shores, the Aliran Team will be taking 15 youths (aged 18-35) to the same spot on Saturday, 30 September with the help of Rexy Prakash of Penang Forum and Roslant Abu, a volunteer.