Home Newsletters Celebrating the dawn of a new Malaysia 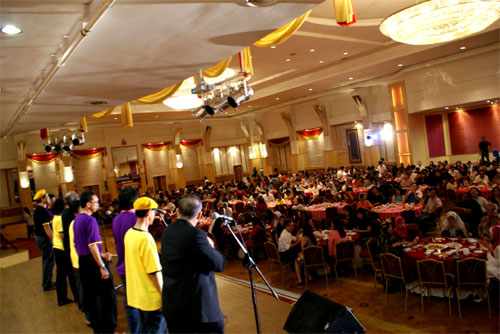 The outcome of the 2018 general election was an historic moment is a vindication of Aliran’s commitment to a new Malaysia. Chris Chong outlines our journey.

And on 12 August 1977, Aliran was formally launched in Penang, which has become its home base ever since.

Aliran was founded with the aim of raising social consciousness and encouraging social action that would lead to social justice. Its magazine, Aliran Monthly, serve as its vehicle to reach out to the public. The magazine raised a diverse range of issues that affect Malaysians and served as an alternative point of view to the tightly controlled media in the country.

The magazine began its inaugural issue in 1980 and published its last issue in 2014. At its peak, circulation reached close to 30,000 readers in the late 1980s. Since 1997, Aliran has been increasing its presence on its website at aliran.com

Aliran has lived through the darkest episodes of Malaysian history eg Operation Lalang in 1987, the judiciary crisis in 1988 and the sacking and subsequent arrest of the then Deputy Prime Minister, Anwar Ibrahim, in the 1998.

We have also witnessed sparks of hope such as the reformasi movement, which was sparked by Anwar’s arrest, and later the five Bersih rallies in the new millennium. We also observed the first intimation of the political change that would sweep the country ie the 2008 general election, which saw the former ruling coalition Barisan Nasional denied its two-thirds majority in Parliament.

These episodes are chronicled in our magazine, now archived in digital format, and on our website, which also offered in-depth analyses of these epochal moments in Malaysian history. Throughout its existence, Aliran has always advocated for a democratic Malaysia that is inclusive and just.

This year, after four decades, we in Aliran have the joy of witnessing the springtide of democracy with the victory of the rakyat in the recent general election, despite the uneven playing field set up by the previous regime to maintain its grip on power. This historic moment is a vindication of Aliran’s commitment to a new Malaysia.

Although we are now in a new chapter in the country’s transition to a more democratic and just society, Aliran will continue our struggle to see a better Malaysia and continue to give our readers in-depth analyses of the issues that confront the country.

For this reason, Aliran will be organising a fundraising dinner, with the theme “Moving forward with hope” on 8 September in Penang. The dinner aims to raise funds from the public so we can continue the struggle for a better Malaysia for all. We also want to celebrate Aliran’s 41st anniversary and the dawning of a new Malaysia.

* Halal Chinese dinner or Indian vegetarian buffet.
** Invitation cards are available at the office through which donations can be made. Please phone Evelyn at the Aliran office (04) 658 5251 during our office hours (Tuesday to Saturday, 9am – 5pm).

READ MORE:  It’s so hard to say goodbye to a dear friend

Hope to see you there.