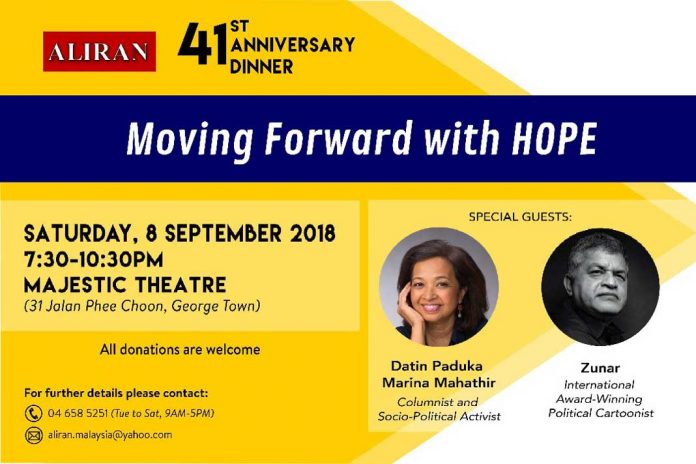 There is much reason to remain hopeful that the new government is moving on the right track and is committed to reforms, writes Henry Loh.

In a few days, we will reach the 100-day mark of the new Pakatan Harapan (PH) government.

For many, the initial excitement and euphoria of experiencing regime change after 61 long years of Alliance/Barisan Nasional rule has waned somewhat. As some would put it, the new government’s honeymoon period is running out and the rakyat, especially those who voted for change, are looking forward to the promised reforms and good governance.

The outcome of the Sungai Kandis by-election on 4 August 2018 – following the untimely death of the PKR incumbent due to illness – provided some reassurance to the PH government that the rakyat are still willing to support it.

Two other by-elections are coming up soon in the Balakong and Sri Setia state constituencies in Selangor. PH will be well advised to monitor the results and consider it as a barometer of its popularity.

After almost two months of deliberations, debates and arguments and probably tough negotiations among the political parties in the PH coalition, the full cabinet was finally sworn in on 2 July. Mustafa refers to the newly formed executive arm of government as the “Cabinet of Hope”. Much of the rakyat’s aspirations for a better, progressive, just, fair, democratic and more inclusive Malaysia rest on the shoulders of these women and men entrusted with important ministerial duties.

This regime change offers a splendid opportunity for the people in power to right the many wrongs that have plagued our country. Their work is cut out for them. They need to focus on the promises they made in their election manifesto. For instance, they have pledged to abolish the following acts: the Security Offences (Special Measures) Act (Sosma), the Prevention of Terrorism Act (Pota), the Prevention of Crime Act (Poca) and the National Security Council Act.

The Coalition for Clean and Fair Elections (Bersih 2.0) meanwhile found it necessary to issue a statement urging the government to keep to its promises as disturbing news emerged that Deputy Home Affairs Mininster Mohd Azis Jamman had referred to Sosma as a good law.

The main objections to laws such as Sosma, Poca, Pota and the National Security Council Act are that they provide sweeping powers to the authorities and allow for preventive detention and limited access to judicial review. As always, the fear is that according too much power to any authority may lead to abuse.

Hence it is not a good sign that, at such an early stage of the PH reign, there are already signs of back-pedalling on promises made. We hope to be proven wrong on this point.

To be fair, some initial steps taken by Prime Minister Dr Mahathir Mohamad, soon after his swearing in, were encouraging. He announced the formation of a Council of Eminent Persons headed by Daim Zainuddin, the other members being Robert Kuok, Jomo Kwame Sundaram, Hassan Marican and Zeti Akhtar Aziz. The council was tasked with advising the government on important economic matters and is scheduled to be disbanded after 100 days.

READ MORE:  No political stability without governance and institutional reforms

The committee held its first meeting on 16 May and announced that it would review the following key institutions: the Attorney-General’s Chambers, the judiciary, the police, the Malaysian Anti-Corruption Commission and the Electoral Commission. On 17 July, the committee reportedly submitted its fourth and final report to the Council of Eminent Persons with “recommendations pertaining to key institutions as well as reforms to laws that impinge upon fundamental liberties” (The Edge Markets, 17 July 2018).

Aliran, together with other reform-minded Malaysians, looks forward eagerly to the implementation of these recommendations that we believe will promote better separation of powers and provide effective checks and balances among the three arms of government.

Still on the topic of reforms, it is heartening to note that the PH government has tabled a bill to repeal the Anti-Fake News Act 2018. Although the spreading of fake news in any form, especially with malicious intent, is unacceptable, the Anti-Fake News Act, which was gazetted in April, was objectionable because it muzzled freedom of expression and especially discouraged dissemination of news and views on the 1MDB scandal.

Perhaps unknown to many, the Malaysian Parliament building, which was previously under the control of the Prime Minister’s Department, is now an independent entity. Another significant change is that the Public Prosecutor’s Office will also report to Parliament.

READ MORE:  State, society and economy in transition – Whither Malaysia?

Clearly, with all that is happening in the past few months since the PH government came into power, there is much reason to remain hopeful that it is moving on the right track and is sincere and committed to reforms. Yes, there will be guffaws, hiccups and bungles along the way but as long as the new administration stays true to the reform agenda and always prioritises the interest of the people, especially the poor and the marginalised, it fully deserves our support.

Finally, returning to the first point that it took 61 years for us to experience this regime change, all of us at Aliran would like to highlight that for over four decades since our formation in 1977, it has been our struggle to push for social reforms that uphold peace, justice, freedom, solidarity and good governance. Through our writings first with the Aliran Monthly magazine and now through our website, we have spread ideas, thoughts and analyses that promote positive values.

As an organisation that has survived on public donations over all these years, we are grateful to our generous friends and supporters who have contributed to keeping us afloat.

Once again, we would like to appeal to your generosity and goodwill to make Aliran’s 41st anniversary dinner a major success. The dinner will be held at the Majestic Theatre in Penang on 8 September 2018. Our main guests for this function are Datin Paduka Marina Mahathir and famous political cartoonist Zunar. All donations and contributions are greatly appreciated and welcome.