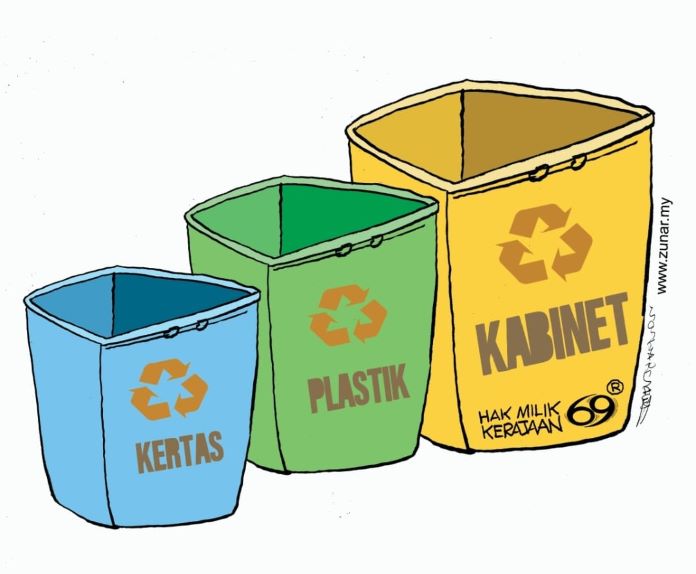 It feels more like a cabinet reshuffle than a new government: little has changed, mostly a swapping of portfolios, with nearly all the previous cabinet members retained.

This sentiment has been captured offline and online, with comments such as “kitar semula” and “recycle” topping the list along with various hashtags such as #KerajaanGagal2 (Failed Government 2).

Many would not have raised their hopes too high that this new PM would be radically different. Still, some expected him to at least make some effort to change, given the political instability experienced over the last two years. After several rounds of political crisis, Ismail Sabri had a golden opportunity to reform and perhaps introduce more fresh faces into his cabinet.

Unfortunately, he threw that chance away. It was a missed opportunity to make meaningful reforms by drafting professional, skilled, competent and effective individuals into his cabinet. We know there is a huge trust gap between ordinary people and the politicians, in both government and the opposition camps. People would have felt more positive and hopeful had Ismail Sabri been bold enough to ring the changes, rather than keep the same tired faces.

Having same faces in the cabinet is not the primary concern. Rather, it is their poor records in the previous cabinet that is worrying. Some of these ministers were clearly incapable of carrying out the responsibilities assigned to them in managing the ministries.

The trust deficit between Malaysians and their politicians has grown. Politicians are making a grave mistake and will pay a heavy price for ignoring this.

Covid has taught us many lessons. Public trust is the essential foundation to drive the economy and achieve socioeconomic progress. During this pandemic, the government must ensure that the public has fewer doubts about its capacity and sincerity in implementing effective containment measures.

The new cabinet must acknowledge and respond to the messages sent by the public, for instance, by the #Lawan movement recently. This movement did not spring up out of the blue or spontaneously. Rather, it emerged due to several factors that had accumulated over time: structural deficiencies and poor resource mobilisation had eroded the capacity to meet social needs and fuelled genuine grievances. These shortcomings, if not tackled, will continue to drive the politics of strife. Such politics reflects public dissatisfaction with the government and is a direct response to it.

#KitaJagaKita, the white flag campaign, and the contract doctors’ protest are all important campaigns that send a powerful message to the government that it needs do much more.

True, significant disagreements between the government and the opposition exist. But we can agree on one common factor: the politicians are not paying enough attention to the genuine needs of ordinary people.

Listening to those we disagree with is not a simple task, partly because our political culture has grown so toxic that healthy, constructive debates are virtually non-existent. This should change.

Government leaders must stop treating people as if they are secondary to their own political goals for position and power. Genuine government would support the people, especially the poor and the vulnerable.

Such support during this challenging time is crucial and much needed. Cash handouts help, but they are not lasting solutions. The culture of giving small subsidies is unsustainable and does not help in the long run. We need to understand that, for some, Covid could be more of an economic crisis than a health crisis.

What will Ismail Sabri’s government offer us and how will his cabinet tackle the lives-and-livelihoods crises besetting the entire nation? These are the crucial questions that the new cabinet must answer before the trust deficit grows larger.