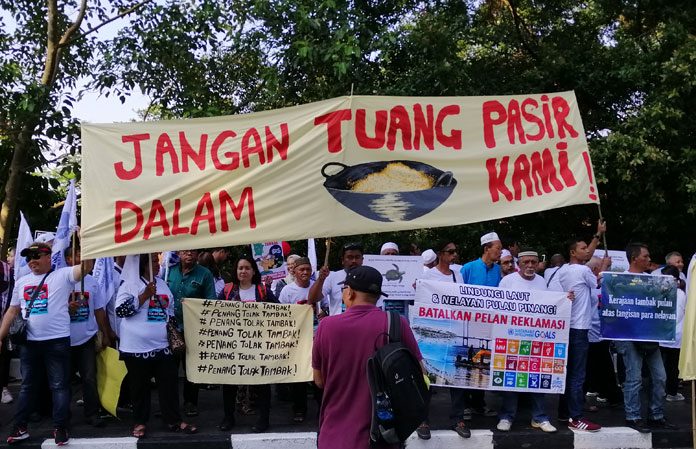 The government must make full use of its remaining years in power to carry out the reforms it promised. The Rakyat are watching, says Henry Loh.

It has been more than a month since the release of the sex video involving Haziq Abdullah and allegedly a cabinet minister – and quite unfortunately, the issue is still creating headlines.

Haziq has come out with a ‘confession’ confirming that the sex video is authentic and that he is in it and alleging that the other person is the minister.

The latter has strongly denied that he was the other person in the sex video and pointed out that it is a nefarious plot by his enemies to try and end his political career.

Up to 11 people, including Anwar Ibrahim‘s political secretary Farhash Mubarak, have been arrested to help in police investigations into this case. Despite ongoing investigations, the inspector general of police has revealed that “Cyber Security Malaysia has verified the authenticity of the video footage (but) facial recognition was inconclusive, hence the individuals in the footage could not be positively identified”.

The inspector general added “the video is part of an ‘evil conspiracy’ led by the leader of a political party to damage the reputation of an individual”.

To many Malaysians, the entire sex video episode is a tool that is being used in a struggle for political power. The prime minister has asserted as much: “I don’t want to get trapped in this kind of dirty politics. This (video) was planned and I am not going to be an agent in making that plan a success.”

Many have come out to condemn gutter politics, saying it is unacceptable, disgusting, negative and unproductive.

Having fought hard in the struggle for change, we certainly deserve better.

Politicians involved in this kind of gutter politics should heed the call by Patriot and other concerned Malaysians to stop the infighting and focus on more important and pressing issues. For instance, those in power should work towards the vision of shared prosperity and implement policies that will help to alleviate poverty.

Jeyakumar Devaraj in his article “What will it take to address poverty in Malaysia?“ points out that there are no easy answers; the powers that be should simply put their shoulder to the wheel and explore ways and means to tackle poverty in Malaysia.

“One effective modality of sharing the wealth of the nation is by subsidising essential services and instituting cash transfers to sectors in need,” says Kumar.

After all, the government is already providing subsidies and cash transfers through the Ministries of Health, Education and Agriculture – but perhaps more can be done.

Wages are low because we want to remain competitive – and of course low-wage workers suffer the consequences. Kumar proposes that Malaysia should negotiate with its Asean partners to jointly raise their respective minimum wage levels by 10%, thereby not affecting the competitiveness of each country.

This idea may or may not work. But the point is that officials in charge of spurring the economy should work with such suggestions and see how far they can take them.

Mindful that the country needs to manage its debt, the government should seriously look into ways of raising revenue through progressive taxes while still remaining competitive.

Those in power must really “think out of the box” and devise ways and means of reducing the country’s debts while coming up with workable solutions to reduce poverty.

READ MORE:  A virtual event for the marginalised and oppressed

Like in most other countries, we often hear people complaining that the “rich are getting richer and the poor poorer”. This highlights the social injustice that prevails: the bottom 40% of households remain trapped where they are, unable to emerge from the cycle of poverty.

The Orang Asli community, in particular, are arguably, the most oppressed and marginalised despite their forerunners being the earliest inhabitants of the country. Hence when there are those in the community willing to stand up and fight for their rights, we should applaud them and support their cause.

Instead, we heard that the police arrested three Temiar Orang Asli from Kampung Sungai Papan/Air Laba in Gerik Perak for defending a blockade to prevent loggers from encroaching into their ancestral lands.

Aliran issued a press statement calling for their immediate and unconditional release and for the police to remain neutral in this matter. After all, Minister in the PM’s Department P Waytha Moorthy had pointed out that the dispute over the boundaries of the Orang Asli ancestral lands has not yet been officially resolved.

So the police should be ensuring that loggers and other outsiders are prevented from encroaching into Orang Asli ancestral lands. Pertubuhan Pelindung Khazanah Alam (Peka) Malaysia has also issued a statement condemning the arrests of the Orang Asli.

Yet another vulnerable and marginalised group in Malaysia are the fishermen who own single-engine boats (rather than those who own large trawler boats). They often struggle to catch enough fish to earn a decent living. Still, they are fairly content as they are able to earn just just enough to sustain their families.

That could change for the fishermen of Penang and northern Perak as the proposed 4,500-acre land reclamation project off the southern coast of Penang Island may jeopardise their livelihoods.

So concerned were they over the impact of the proposed reclamation smack in the middle of their fishing grounds that they made a trip to Kuala Lumpur and marched to Parliament to present a memorandum to various ministers and MPs.

Dominic Damain raises many questions about the massive land reclamation, pointing out that the project would mainly benefit certain vested interests whilethe damage to the environment could be disastrous.

Meanwhile Simon Tan, who participated in the march to Parliament together with some of the fishermen, was inspired by their genuineness, simplicity and commitment to the cause.

On 22 July, several Aliran members together with other supporters attended an ongoing court case involving activists R Karthiges and M Nathan, who are being charged under Section 186 of the Penal Code for obstructing a public servant from carrying out his or her duties.

The arrests took place more than a year ago on 4 June 2018 when Karthiges, as a member of the Penang Housing Network (JPPP), together with Nathan, took up the cause of a few poor families who were about to have their homes sealed. They pleaded with the officers of the state Housing Department to postpone the sealing of the apartments until their appeals were heard.

Not only were they unsuccessful, both Karthiges and Nathan were promptly arrested for obstruction of a public servant.

Aliran, which is part of JPPP, issued a statement on 8 July 2018 asking for the charges to be dropped as subsequent negotiations with state housing officials had led to amicable solutions: the three affected families were provided with alternative housing on the mainland.

Clearly the appeal to drop the charges fell on deaf ears, and hence after a year the case is still being tried, taking up valuable court time and resources.

Surely time and resources could be better spent going after serious criminals or bringing the corrupt to court instead of charging activists who fight for the poor.

All government agencies including the Malaysian Anti-Corruption Commission, the Attorney General’s Chambers and the National Audit Department must learn to prioritise and focus on what is important and urgent. The clock is ticking and before you know it will be time for the next general election.

The Pakatan government must make full use of its remaining years in power to carry out as many of the reforms that it promised and prioritise good governance practices. The Rakyat are watching and waiting.

So make every decision count – always focusing on the wellbeing of the people especially those who are most in need.