Home Newsletters Writing’s on the wall for PH, unless… 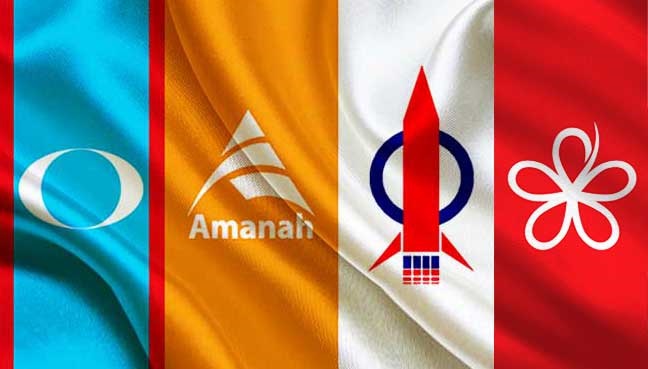 Tanjung Piai has sent a message to the ruling coalition that it must buck up or risk ending up as a one-term government, writes Azmil Tayeb.

While it was not a complete surprise that Pakatan Harapan lost in the recent Tanjung Piai by-election – most political analysts and polls did give Barisan Nasional a pre-election edge – the magnitude of votes moving back to BN was staggering and unexpected.

PH’s rapidly receding support in Tanjung Piai happened just one-and-a-half years after the coalition took over the government in an unprecedented victory in the 2018 general election.

The proverbial tsunami that swept PH into power has now been reduced to a mere trickle. As the outcome in Tanjung Piai has shown, PH is not only losing favour with ethnic Malay voters but also among its core supporters, the ethnic Chinese voters, more than 90% of whom had supported PH in the general election. The electoral gods are certainly not smiling down on PH now. The honeymoon period is over.

PH can try to chalk up the reason for the loss to the toxic ethno-religious politics played by Umno and Pas that has sowed fear, distrust and division between Malays and non-Malays.

Though PH is undeniably vulnerable to the ethno-religious attacks by Umno and Pas, the coalition has only itself to blame for not getting its act together in governing the nation.

Anil Netto provides five reasons why PH lost in Tanjung Piai, among which was its inability to keep politicking and internal squabbles to a minimum while being largely oblivious to the economic needs of the majority, namely the bottom 40% of households.

Reneging on many of its campaign promises also did not endear the PH government to voters, both Malays and non-Malays alike. Ilham Centre’s pre-election survey in Tanjung Piai showed that 73% of Malays and 60% of Chinese think the cost of living is now higher than during the BN’s time.

Abolishing the Goods and Services Tax – one of PH’s rare fulfilled promises – not only resulted in a budget shortfall as the country went back to its former Sales and Service Tax system. But the substitution of these consumption taxes has generally not reduced the prices of everyday items.

The PH government has asked Malaysians to make sacrifices and bear with its austerity plan due to the current bad financial shape of the country. But all the while, neoliberal policies adopted by the PH as part of its austerity plan seem to benefit the privileged few in the private sector more than the public at large.

This portrays an image of PH as a pro-capitalist government that is insensitive to the overall needs of the people. As they are wont to say, politics is all about perception, and the Tanjung Piai results testify to the negative perception of the PH government across broad sections of the society.

Take, for example, the PH government’s ill-advised decision to lower the minimum price threshold for foreigners to own a home in Malaysia from RM1m to RM600,000 as a way of reducing the “overhang” of unsold high-end homes. This move was perceived by many as a crude attempt to bail out the developers – instead of forcing them to slash prices and build more affordable housing and tightening regulations to curb real estate speculation.

Another example is the MySalam scheme that outsources health insurance for the bottom 40% of households to the private sector. The government has awarded insurance giant Great Eastern a multi-year RM2bn deal to provide healthcare financial assistance for those who also receive Bantuan Sara Hidup (Cost of Living Assistance) from the government.

In his article, Dr Jeyakumar Devaraj points to the many loopholes in the MySalam scheme, which in the end allows Great Eastern to turn a handsome profit on the backs of the suffering poor.

Investment in the higher education sector – especially in young people who comprise its main constituency – is also where the PH government can be found wanting. After the government rolled out the budget for the coming year, some of my students asked why – despite a higher amount being allocated to education – the budget seemed to neglect young people’s needs.

The examples the students gave me were the curious omission of policies that help with student loan (PTPTN) repayments (apart from tax deductions for employers who repay their employees’ loans), book vouchers, student subsidy cards, postgraduate scholarships and other popular programmes introduced by the former BN government.

My students also wondered why the PH government did not spend much on establishing meal or food bank programmes to tackle the pressing issue of malnourished university students, which came to light earlier this year.

In the case of the students and recent university graduates, the PH government’s call for belt tightening is understood both figuratively and literally. PH had better remember that these young people will be eligible to vote in the next general election, and it is unwise to make them angry.

At the rate the PH government is going, there is a good chance it will only last one term. It is getting more common now to see the hashtag #kerajaansepenggal (one-term government) on social media. P Ramakrishnan warns that PH could indeed end up as a one-term government if it keeps ignoring the people and wasting its time on politicking.

Simply put, the PH government cannot have its cake and eat it by playing a dangerous ethno-religious game with Umno and Pas to woo Malay votes while expecting the non-Malays,who make up a significant portion of its core supporters, to remain quiet and docile. The Tanjung Piai by-election results testify to the failure of this schizophrenic approach.

The PH government needs to make clear its views on race and religion in a way that is distinctly opposite to what Umno and Pas stand for. After all, the people voted for PH because they wanted something new and different – not a cheap carbon-copy version of the former regime.

The PH government must steel its resolve with moral and political conviction animated with values of inclusiveness, empathy, equality, and justice. It must devote its energy and resources in tackling the economic insecurities faced by the bottom 40% group and the young which are at the heart of ethno-religious grievances against the government.

The Ilham Centre survey also showed that 72% of Malays and 59% of Chinese in Tanjung Piai were not happy with the PH government’s performance so far. It is the clearest sign yet that the PH government needs to buck up now or be shipped out in the next general election.