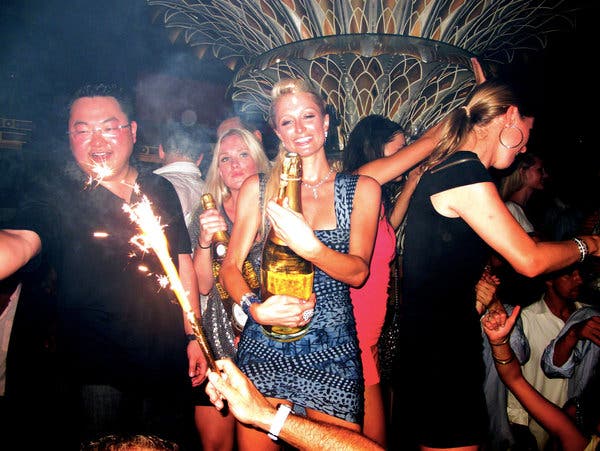 Dominic Damian looks at the other side of the partying and how few serious questions were asked about where the money was coming from.

The Hollywood elite – the movie stars and celebrity musical artistes – may have what is considered as talent beyond the ordinary.

But the 1MDB saga exposed several of these global stars. They allowed themselves to be led by the noose and ensnared by the 1MDB scandal – or they were just plain complicit. No one can be that stupid.

If we are looking for the source of all our troubles, we shouldn’t test these people for drugs or other addictions. We should test them for stupidity, ignorance, greed, corruption, limelight and love of power. There is this kind of intellectual stupidity which manifests itself in several forms in Hollywood and receives spectacular applause.

Einstein once said, “Only two things are infinite, the universe and human stupidity, and I’m not sure about the former.” If he was alive today, all he would have to do was look at Hollywood and of course the ex-prime minister and his cohorts to affirm that stupidity indeed has no limits.

Some of these Hollywood celebrities may compose inspiring music and lyrics – but their lives are far removed from the ideals expressed in their music. There is no conviction in some of them; what they do is just a commercial product – manufactured for frenzied harvesting and rampant exploitation of fans worldwide – for personal gain.

They may sing the songs of love, justice and unity, but some of them are so far removed from the concept that it may be almost alien to them. It is a blustery facade of empty words – to reap profits from their global fans with songs and merchandise.

They may act as characters who are heroes saving the world. But the fiction and fantasy of movies is far removed from their real lives.

While you and I are encumbered by our conscience and concern for the welfare of others, few such encumbrances inhibit them. For many of them, their dedication to real values is on the surface. They sacrifice their idealism at the altar of expediency. Only fame and fortune and their personal fulfilment matter.

To me, several of them come across as cosmetic, shallow and plastic. Without hesitation, they jumped aboard the Jho Low bandwagon of obscene opulence.

Did they not have the discipline, honour or dignity to audit where such extravagance came from? They can’t claim ignorance about the 1MDB scandal.

Here we had members of an elite group of global superstars who could not think deeply about the unrestrained splurging. Didn’t it occur to them that, on on a balance of probabilities, they could have been dealing with someone with a questionable character? Was their conscience so eroded that what was logically dubious was passed off as an everyday happening in Hollywood.

To be cavorting in splendour with all the skimpily-clad starlets – both sides using each other – was one thing. It is another thing altogether if they were complicit in allegedly using stolen money to live it up. Personal indecency was one thing; what made it worse was if public funds were used.

These celebrities may attach themselves to worthy global causes or pet projects which they can promote to display their embrace of humanity and to earn respect.

The flipside is a cavalier disregard for decency and responsibility. Is stardom a passport for parasitism behind a facade of plastic morality? Their buffoonery and ineptitude were a perfect match for the watches, yachts, Birkin bags, diamonds and cash that can fill containers.

Concern over the environment, global warming, wildlife, indigenous tribes and any cause earns these Hollywood elite respectable brownie points.

But for some of them, it camouflages the obscene opulence and indulgence to do as they please – as was evident in the 1MDB scandal. To think they come on the big screen and earn their big bucks while we exclaim how awesome and amazing they are.

Some of them might sing passionately of one world for Palestinians, Rwandans and the Rohingya and receive thunderous applause.

Yet some of them inexcusably think they have a right to party – without asking serious questions about where all that money was coming from (the money of another nation). If this is not shameful, what is?

Behind the glitz and glamour, those stars caught up in this saga have shown they are without depth or conscience. Not one of them has come out of their stupour to tender an apology or a statement of any sort that would help our case against the thieves.

Instead, it is just silence as they move on to the next Hollywood bash or party.