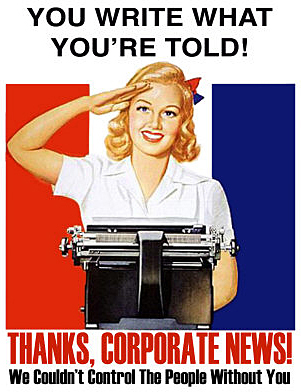 Don’t under-estimate those armchair politicians and ‘commentators’ who still watch the stupid news! They’re not as ignorant or as easily led as politicians may think, writes Rakyat Jelata.

The mainstream media broadcasters still have the attention of a large number of viewers in Malaysia. Despite the grammatically skewed English, strangely pronounced words, pidgin English, language mix-and-match across the board spewing forth from local interviewees, news presenters, news anchors, right up to some of the nations top officials and ministers, citizens and residents avidly watch these broadcasts.

All this – information, misinformation and recycled information – has in a way produced what may be hailed as a positive effect on many locals, in the know of mainstream media news. Joe and Jane Blogs are now ‘experts’ on current affairs in Malaysia, whether or not they ‘buy’ into the ongoing but much flogged ‘1 Malaysia’ concept touted by the ruling BN.

To their credit, Joe and Jane Blogs have developed the habit of imbibing this mish-mash of information with a pinch of salt (or may be more than a pinch of salt). They have actually got into the habit of thinking critically. Kudos to the masses, even if politicians and those supposed experts appear to give little credence to their views or take them seriously.

Politicians with political agendas of their own scarcely take notice of cries from the floor. As with every popular soap opera over the mass media, Joe and Jane Blogs form their own individual opinions of the scenes presented to them.

READ MORE:  How much do we trust the news media?

News gleaned from non-English broadcasts and print media can spread like wildfire, even to those who are not familiar with a widely spoken language, e.g. the Chinese media. Information is shared beyond cyberspace, beyond language barriers, and definitely gets recycled as it passes from mouth to mouth. So flourishes the society of armchair politicians and neighborhood commentators, all connected by ‘conduit pipes’ with an audience of avid listeners.

Is it just gossip and rumours that circulate at the grassroots level? Well, no, it is what the common folk feel, think and hold opinions on – exactly as they are entitled to do. Who says they are ignorant of their rights?

It is amazing how the contorted and distorted information yarns distributed by irresponsible news providers becomes unravelled when the common folk simply refuse to believe them and decide to spin their own theories. Inadvertently, the folk on the ground hit the nail on the head, sometimes to the utter chagrin of those out to hoodwink the public.

The gut feeling of the populace doesn’t lie in what the media tell them, but in their views and feelings about their circumstances and issues affecting their basic human survival.

So trying to ram something like the Goods and services Tax GST) down the public’s throat will not make them feel richer or resigned to it, when belts have to be tightened and stomachs are still growling.

Politicians have to understand that the public are not stupid. Don’t under-estimate those armchair politicians and ‘commentators’ who still watch the stupid news! They’re not as ignorant or as easily led as politicians may think.