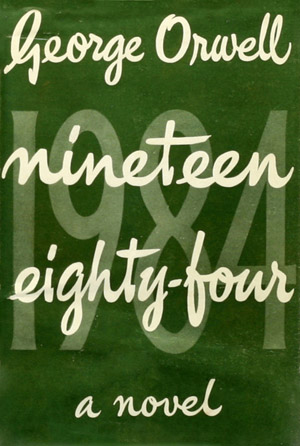 The ruling class can uphold their power and supremacy by dominating the people who question or criticise them and by inducing a subconscious obedience, observes Barathi Selvam.

If the ruling class has lost its consensus, i.e. is no longer ‘leading’ but only ‘dominant’, exercising coercive force alone; this means precisely that the great masses have become detached from their traditional ideologies, and no longer believe what they used to believe previously. – Antonio Gramsci, Selected Prison Notebooks

Censorships of films, regulations on media, the banning of media from publishing, the arrests of critics under archaic laws, the spying on citizens using surveillance technology, the subjugation of citizens using government apparatuses – does all this sound familiar, something straight out from George Orwell’s novel Nineteen Eighty-Four.

Well, surely it does but unfortunately I am describing the current political scenario in Malaysia. Any coincidences with the novel are beyond my control as Orwell might have predicted the same autocratic behaviour of any government in the world.

A few days ago, the Malaysian Communications and Multimedia Commission (MCMC) confirmed that the Sarawak Report website had been blocked to maintain ‘national stability’ as the site had allegedly displayed information that is not yet been verified, and information that is still under investigation.

Malaysians who are exposed to our political atmosphere would not be surprised with the ongoing regulations, bans and censorship of mass media as strong precedents have taken place in Malaysian political history.

Let us refresh our memories with a couple of incidents from the past reinforces the perception that the freedom of expression and the right to opinions can sometimes (or most of the time) be Utopian.

In 1970, a book called The Malay Dilemma, penned by Dr Mahathir Mohamad, then a member of Kedah Umno, was banned as it was critical of Tunku Abdul Rahman’s policies and instead advocated affirmation action in favour of the Malays. The book was deemed “prejudicial to the security of Malaysia” and the ban was only lifted years later when Mahathir became prime minister.

Despite have his own book banned earlier, Mahathir when he became prime minister himself exercised his powers to control and command the state apparatus to maintain his political supremacy and contain political opponents.

As Minister of Home Affairs in 1987, three newspapers – The Star, Watan and Sin Chew Jit Poh – were suspended during the infamous Operasi Lalang. The Barisan Nasional coalition partner, the Malaysian Chinese Association (MCA) owned The Star; yet the daily was not spared.

The list goes on with various levels of regulations and enactments of laws that curb freedom of the media and hinder free and fair reporting. All these restrain the media from functioning as the Fourth Estate of the nation.

Allowing more freedom of expression for every segment of society – men, women, transgenders, children, adults, students, professors, ordinary workers, professionals – would boost democracy. But this is less practised than talked about.

Gramci’s critical work on hegemony emphasises that the ruling class will subjugate the people in two immediate ways – using ideological and repressive apparatus – to establish the leader or a dominant force.

When the ideological apparatus of the State such as the mainstream media have apparently lost the trust of the people, then the ruling class may seen it as beneficial to use repressive apparatus such as the various laws and the police force.

Retrospectively, it is quite evident that whenever the power of the ruling government is threatened and they have failed miserably in injecting the desired beliefs into the masses, the ruling class then chose to use coercive measures to maintain their political hegemony.

By this, the ruling class can uphold their power and supremacy by dominating the people who question or criticise them and by inducing a subconscious obedience to the ruling class.

Imposing coercive measures will not only be a regressive strategy but it may backfire as the trust of impartiality and transparency by the ruling government will be questioned and criticised. Regulations, bans and censorship might help hasten the erosion in trust in the ruling government because these methods merely serve to clamp down on dissenting opinions, searching questions and criticism from the people.

It is important to understand the complex nature of the connection between the masses and the leading groups of society: a connection which is not only political in the narrow sense, but also a question of ideas or of consciousness. One of the ways in which the ‘leaders’ and the ‘led’ are kept together is through ‘popular beliefs’ (Antonio Gramsci).

The ‘current belief’ most frequently imposed on us is that whatever action taken such as the use of the Sedition Act 1948 or the banning of media are carried out to maintain national security and national stability.

Paraphrasing the words of Gramsci himself, there are periods when hegemony, for various reasons, can begin to fall apart, and the dominant class then resort to coercive measures as a ‘crisis of authority’ emerges.

So don’t be surprised if Facebook and WhatsApp are the next to be targeted or if you yourself are considered to be a possible threat to the nation’s security and stability.

As Orwell wrote in his novel Nineteen Eighty-Four:

WAR IS PEACE
FREEDOM IS SLAVERY!
IGNORANCE IS STRENGTH!
BIG BROTHER IS WATCHING YOU!