Home TA Online 2015 Young Writers ‘Miss, is it okay for us to talk politics?’ 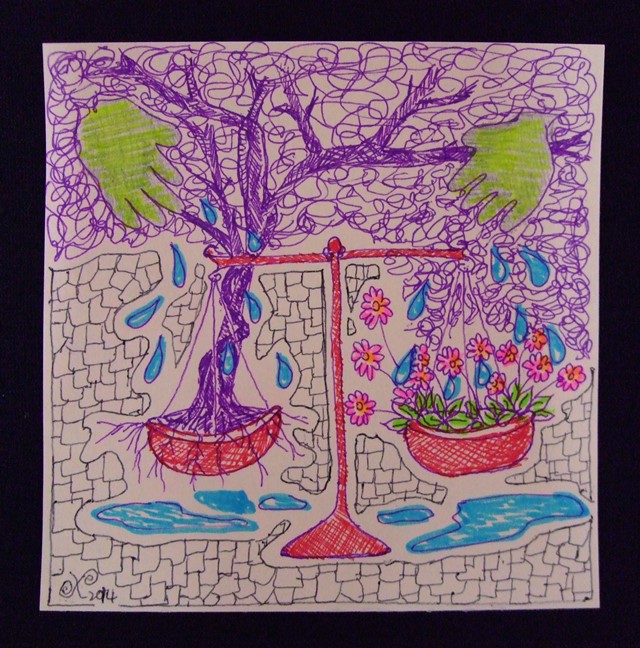 If we allow ourselves to be suffocated by national leaders who use the law to stifle us, then our lives would be worth little, writes Chiok Phaik Fern.

He looks like a suffocated, pitiful man unable to type freely, to exercise his conscience, to talk openly, to listen widely, to see broadly, and to think holistically. Many Malaysians can identify with this cartoon character drawn by Zunar. He resembles those of us who feel restricted after having been bombarded with repressive laws for generations.

When I began teaching a political science course in a private university years ago, the first question that was tossed at me was, “Miss, is it okay for us to talk politics?” I had to deal with the same question almost every semester.

Most students who registered for the course had concerns about their safety whenever politics was discussed. Why so? The students were aware of those Acts and what happens to individuals who go against the social order. As a young academic, I was constantly reminded not to get myself into trouble for giving comments to the press that could have political consequences.

Nevertheless, as someone who has remained true to herself from childhood, constantly being beaten and threatened, I know the importance of providing my students an enabling environment to speak their minds and make their choice of assignment topic. They were given due assurance and acknowledgement. When I saw their eyes light up, I knew that I was on the right track from that moment.

Of all the cases of individuals detained or investigated under the Sedition Act, Azmi Sharom’s strikes me the most. Numerous articles have been written about his case, but one appealed to me: “Who is Azmi Sharom and why was he arrested for sedition?” The article portrayed him as a normal person, an ordinary man on the street, like anyone else who cares for something dear to him or her.

I learned from the article that Azmi Sharom is a “fun, cool lecturer”, a popular law lecturer – easygoing, approachable, dedicated. A dedicated academic, he seems to encourage critical and intellectual debates. True to himself, he shows up for lectures in a T-shirt, jeans and sandals. He does not seem to be particularly political; but he has principles and can be counted on to provide fair and unbiased opinions.

Though those are good qualities we should promote, they are also qualities that people in authority, our national leaders and the law of the country have a distaste for. They fail to protect such qualities, let alone promote them. If we allow ourselves to be suffocated by national leaders who use the law to stifle us, then our lives would be worth less than the waste in the dustbin.

Phaik Fern participated in Aliran’s Young Writers Workshop on Writing About Good Governance and Democracy, supported by the Canada Fund for Local Intiatives. “It provided me with a comfortable environment for me to discover my writing potential,” she says.