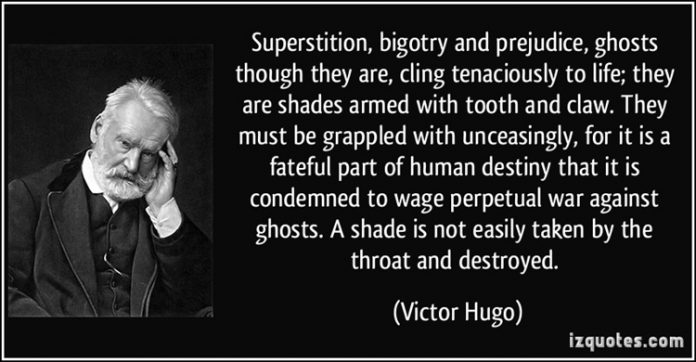 We have sacrificed morality and social justice in exchange for the mercenary goal of profiteering, laments Ramesh Ganapathy.

It is not a great time to be Malaysian today, not even within Malaysia.

When foreign reporters have more right to live than a senior public servant who lost his life for holding onto ethics and morality… we’ve all come a long way from what it means to be cultured.

How far we’ve come from the days when the prized possession of any migrant to Malaysia was a red or blue identity card. Our recent migrant ancestors from the imperialist years may have been brought here by force, coercion or trickery, but those who stayed on did so of their own accord, and there was an obvious reason for this.

The beauty of the land and the gentle culture of the communities that lived here seemed idyllic and a balm to migrants from more congested lands such as China and India. What’s more, we seemed very similar, having spent centuries exchanging ideas, traditions, food, culture and language.

So, in essence, when the British left, we had a lot of commonalities to build a nation with. The lay person on the street knew we were the same, and intermarriages and neighbourliness were commonplace. To go from there to a path of racial polarisation took a few generations, fuelled by hate from the elitists of every race in Malaysia.

The Malays didn’t suddenly wake up and think “let’s be racist and push these others out of our land”; the Indian civil servants were giving priority treatment to one another, and the Chinese were employing only Chinese speakers well into the 21st century.

Each racial group had secret condescending thoughts of the others, and discrimination and prejudice was being inculcated in schools and enforced by government propaganda vehicles lsuch as the BTN.

I’ve heard of BTN propaganda videos where a Malay man is shown on a bicycle selling kacang putih whilst a Chinese person is shown driving a luxury car. If anyone had shown me that, I’d have admired the man on the bicycle as he was a community figure and a showcase of dedication, perseverance and hard work; but clearly, these are silly values in today’s profit-chasing Malaysia.

The word simple itself seems to be painful to the elitists who run the country today. The simple lives our ancestors lived here seem to be too pathetic to mention in today’s world of riches and success.

There seems to be an overall embarrassment over the ancestry of the Malaysian population as the history text books call the age before the Malacca sultanate, when the natives were primarily Hindus or animists, the age of ignorance, “zaman kejahilan”. This is not the case in places like Indonesia where their ancient civilisations are a constant source of national pride.

The part of the tree above ground is only half the tree; there is a hidden half beneath the ground, and any farmer or gardener knows that both branch and root are to be cared for evenly. In the case of our nation, it seems our leaders have spent years removing our roots and by proxy our deep-rooted values that were the original foundations of the civilisations of this land.

Gone are the deep humanity and social values that were the essence of Malaya and the tribes that roamed here at one with nature. Where parents used to replant the saplings accidentally uprooted by their children, today parents and children are raking in millions by selling away forest reserves to timber concessionaires.

The simple villager is an embarrassment enforced by media portrayals and academic logic. Materialism is the end all – the new religion. The simple villager, known for his or her concepts of chivalry, social responsibility, harmony and honesty, has been ridiculed for generations by the materialist and scientists as a simpleton who has been sleeping as the ages went by.

We must catch up with the industrial world – but at what cost? Who would you rather have as your child’s teacher in our schools, the simple villager or the sophisticated materialist? Who can we trust in our times of need or in a life-threatening situation?

These morally incorruptible people who live in our more rural areas are not extinct; they have peacefully kept their vigil on the sidelines as the world around them rewards the wicked.

I have witnessed them silently working even in our towns: policemen personnel who continue to be untouched by their superiors’ corruption; military personnel with true strength to practice restraint and correct injustice; even true academicians wanting to impart knowledge to all; and medical professionals who have realised the unity of all living beings carried within our veins.

That all the migrants to Malaya even before the Malacca sultanate were able to assimilate well into the societies within the Malay peninsula speaks volumes of the magnanimity and generosity of the original inhabitants of Malaya.

The Mahathir era industrialisation seems to have created a side effect of racial intolerance, and this may be attributed to the descendents of the migrant populations no longer being able to assimilate into Malaysian society.

The racial divisions enforced by government no doubt were the main culprit behind this failure in nation-building. But some ingrained prejudiced notions that we all had of one another based on racial discrimination surfaced as a result of this divide. We have let it rot our thinking to the state we currently find ourselves in.

We have sacrificed morality and social justice in exchange for the mercenary goal of profiteering. There is no longer a concept of responsibility if we are poisoning the world of our future generations with racism and cruelty.

No one person is to blame, as behaving in a retaliatory way is human nature. Here is a perfect case of a warrior fighting to right many wrongs who inadvertently creates some strife as collateral damage, and eventually becomes the monster he set out to correct. I can see this misgiving in every national leader we’ve had since our independence.

If only someone with power or a voice that could be heard could have nurtured community spirit and brought us together by our commonalities instead of separating us based on our differences. Perhaps that was how they started on their cause but the way got murky as the times changed our values, and we had no one to resist and no logic to defend gentle simplicity from greedy sophistication.

Kedah-born Ramesh Ganapathy is a broadcast consultant by profession who has worked in the United States, Canada, Europe and the Middle East.