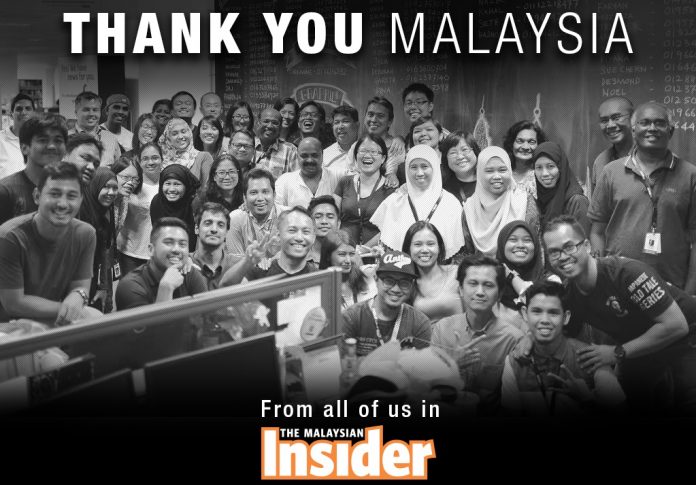 News can no longer be monopolised by mainstream media. In time, other news portals will spring up to fill the void left by The Malaysian Insider, predicts Christopher Chong.

The Malaysian Insider started its life at a time when Malaysia was experiencing a spring tide in democracy when the ruling party was deprived of its customary two-thirds majority in Parliament at the 2008 general election.

More importantly, 2008 witnessed the mushrooming of alternative media on the internet (news portals). These provided Malaysians with alternative news about the state of affairs in the country. In so doing, these news portals have enlarged the country’s restricted media space that had stifled the public sphere, so vital for democracy to flourish.

Between 2008 and now, many alternative news portals have come and gone due to not only economic pressure but also government harassment (particularly in the last few years).

This article is not to lament this state of affairs. But what can we do to preserve what space is left in the public sphere and in time to enlarge it again? We must never give up the struggle for a more democratic society in spite of recent setbacks. Rather, the struggle has become more urgent. As Aliran president Francis Loh puts it, “If we struggle continuously, change will come.”

It is important to remember that the genie is out of the bottle. News can no longer be monopolised by mainstream media. The web has made sure that such days are long over. In time, other news portals will spring up to fill the void left by The Malaysian Insider.

In the meantime, we must actively support what remains of the alternative media either by subscribing to its news content or recommending friends to their websites in order to prevent the public sphere from shrinking even further.

In the end, without a free media, democracy cannot take root and flourish. We have a role to play in sustaining the alternative media scene to ensure its survival if we want to see a more democratic Malaysia.