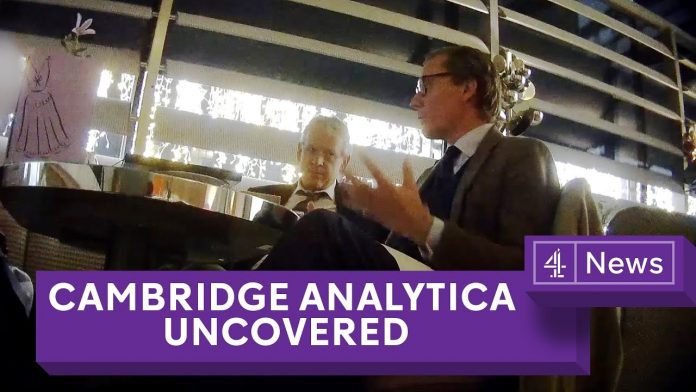 We don’t need psychological tricks and games, writes Mary Chin. Can we put our foot down and tell all our politicians of all parties that we need manifestos and commitments of substance.

Cambridge Analytica appeared in the news before, but the name rose to household fame only recently.

Let us track back some developments in reverse chronological order:

Who led to the grand revelation? There was a whistleblower, an insider, yes. The full manifest, however, is the good job of Channel 4, the New York Times and the Guardian (Observer). This is good journalism and a joint effort for a good cause.

The revelation is not of half-truths pieced together by opposition parties and supporters. Malaysians can take this as a cue to grow out of cheap social contents where everyone tries to set up a private publishing house through Facebook and WhatsApp without honouring The Journalist’s Creed.

Let us not talk about Rafizi, Mukhriz and Azrin in this article. Let us also put aside Mark Zuckerberg, Alexander Nix, Robert Mercer, Donald Trump, Steve Bannon and Christopher Wylie.

The question is, do Malaysians care? The element closest to heart is perhaps Facebook — not ethics. Now that a #deletefacebook movement is launched, many find themselves in the most awkward juncture. To delete or not to delete? (I’m going to lose not only my habitat but my very identity and being.)

Deleting my Facebook account is nearly as offensive as deleting me, you know. Driven by self-righteousness which is en vogue, once deleted how am I going to advertise my act of righteousness? (I will no longer have Facebook to shout to the world how righteous I am.)

That’s how Facebook users entrap themselves — the very word Cambridge Analytica boasts as a strategy during Channel 4’s secret filming. Entrap is the word.

Many followed in horror and disbelief the counting of votes the day Trump emerged President. Many also shared that frantic scramble for the ‘undo’ button when the Brexit referendum delivered its no-turning-back verdict. Latest revelations suggest that Cambridge Analytica perhaps had a finger in doctoring and engineering both.

It is akin to doping in the Olympic Games. At some point the consumption of performance-enhancing substances crosses a line. Which substances offend, which don’t? Let us look at the list of sins that have put Cambridge Analytica on the defensive:

Note that only the first of the four is about technology.

The question is, do these bother the Malaysian voter?

The challenge to remain objective

See the symmetry? Sadly, this is how many Malaysians are. Most have lost all objectivity. We see angels and demons by labels we define; we can no longer judge issues by the issues.

This is how we divide ourselves.

A moment of openness

America’s Clinton-vs-Trump elections are done. Brexit’s leave-vs-stay referendum is done. We shall see what investigations ensue and hope for the best outcome. U-turns, however, are unlikely.

That leaves many Americans and British feeling betrayed and cheated. For Malaysians, however, some are eagerly wanting to celebrate and to go viral on social media that their rival party is found guilty of dealing with Cambridge Analytica. This is how sad we are. We derive capital from somebody else’s vice (or perceived vice). We get so excited. We find it appealing.

Malaysia’s coming general election isn’t done yet, though. We have time. Can we put our foot down and tell all our politicians of all parties that we need manifestos and commitments of substance. We don’t need psychological tricks and games. Forget about swing states and targeted vulnerabilities; just tell the same story and make consistent pledges to all voters.

Capitalise not on fear, but on realistic and balanced manifestos. Don’t tell us individuals will pay less tax, but inform us how taxes can be effectively channelled to benefit all — and before that, admit that this is no easy task. Don’t tell us individuals will get more, but lay out the strategies to close the rich-poor gap, and show us how the strategies take into account lessons learned from other countries.

We don’t need any psychological game and targeting strategy. That ‘everybody is doing it anyway’ does not justify such strategies.

Research funding and endeavours are better off spent studying and reflecting on the health and social services in the UK and Europe, the various stages of growth and challenges, and how Obama implemented his version, with his success and failures, and how we can do better. Put Malaysia in the context of existing experience and knowledge so that we may do better without starting from the bottom.

Energy and funds can also be channelled to study elements missing from the Arab Spring that the hopes it offered finally led to failed promises – so much so that people in fact prefer the toppled regime. How can Malaysia do better? This could help our nation tremendously.

Is data-crunching all that magical and sophisticated? Let us get this right: it uses the same technique found in movie databases that recommend movies for you to watch next; the same technique used in medical software that automatically label internal organs on a patient scan. I crunch data too — I assure you there are data far more exciting than Invoke’s.