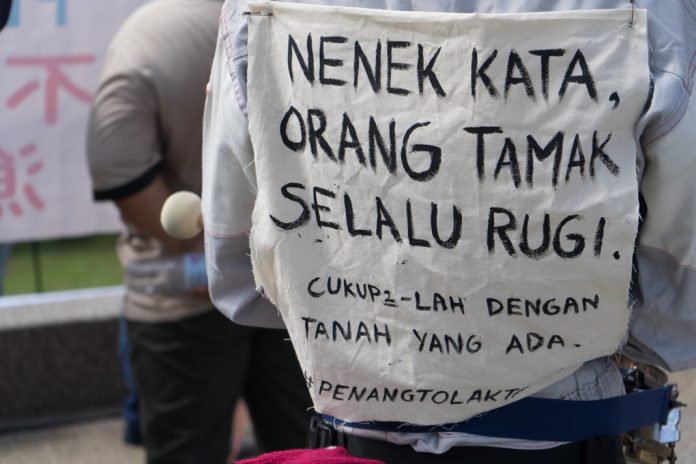 It is time for morally upright citizens blessed with wisdom and knowledge to reclaim the religious turf, Dominic Damian writes.

The political, religious, and ethnic landscape has been eroded by one root evil – greed! Acquiring more money than what we or our heirs would need for decades is an unholy obsession.

It would seem that corruption is ‘enthroned’ as a basic entitlement. Given prevailing inequalities, the ’elite’ thieves seem to be impervious. How many of them in lock-up attire, handcuffs or incarceration? Despite being charged with serious crimes of corruption, money laundering and breach of trust, they remain nonchalant and appear to mock citizens with their swaggering confidence and sniggering smiles.

One notorious thief is even contemplating suing a noted online news portal claiming complete innocence.  Thumbing their noses at the system, they even seem to have a warped sense of righteousness:

Then there are the ‘legal crooks’ who construct and seal deals in connivance with large firms – to the detriment of the people. Unfortunately, this is not challenged or seen as conventional corruption. The claim that these deals are to serve the people is pure bunkum. So too the claim that some of these deals are for the protection of race and religion, when in reality they are nothing more than a convenient excuse for personal greed.

In the case of politicians who wear the cloak of religion, it is so obvious that none of the present breed can get anywhere close to the much-revered late Tok Guru, Nik Aziz Nik Mat?

Greedy politicians engineered the backdoor government. There was no mysterious overlord. Some of these plotters are ever ready to display their piety card, when confronted with some tribulation. They may even resort to public utterance of prayers and swearing and professing innocence in holy places.

The people’s institutions must resolve to crack down on these culprits driven by evil egos and greed for power. It is sickening to have to witness an accused politician throwing a tantrum over the revelation of large balances in his bank accounts and claiming that for him a couple of million ringgit is just pocket money!

The crooks are using religious shields effectively and convincingly while impropriety seems to be tolerated. Intellectual and spiritual dishonesty is shockingly staking its claim, while the ethos of religion is reduced to rubble. The culprits forget that the pure face of religion never confers unimaginable wealth and that the exclusivity for the privileged few does not exist anywhere in scriptures.

At this rate, those seeking justice, truth, and mercy will be crushed.

The real minefield in our nation is over religion. It is manipulated and abused, that much is clear. Some misrepresent and defame religion through their actions and words. Others are hounded and labelled as subversive threats to religion. It is sacrilegious and tragic when the real nature of religion is hijacked for personal gain.

It is time for morally upright citizens blessed with moral wisdom and knowledge to reclaim the turf. The sanctity of religion needs to be restored before it can preach holiness. Illuminate, inspire and oppose where necessary the wrongdoers among the political elite and the establishment.

Is it too much to request that places of worship be made available in times of crisis? They have received funds from worshippers. It would be a wonderful gesture if they were to open their doors and provide food for the hungry during the current crisis. They could work with the federal or state governments if they are unable to go it alone. Show that faith is also at the service of humanity.

READ MORE:  Nothing changes if new PM continues culture of patronage and corruption

To witness religion being misinterpreted and abused for selfish gains is painful. Hopefully, during this time of crisis, more places of worship can be used to spread genuine compassion and care for those in need.