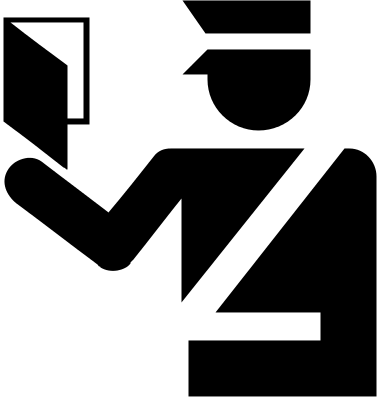 Someone had acted illegally in trying to deny Guan Eng entry to Sabah and the culprit must be punished, P Ramakrishnan writes.

Often times, the media is blamed that so-and-so was misquoted, or that it wasn’t meant that way.

Either we have journalists who apparently can’t report accurately or we have politicians who can’t say what they meant to say! Very often, the problem emanates from the politicians. But they will very strenuously deny they are responsible.

Be that as it may, in the latest episode we have another example of passing the buck. Last night (1 September 2020), Lim Guan Eng landed at Kota Kinabalu Airport in Sabah and was cleared by immigration.

As he was about to get into a car, he was stopped and asked to go to the airport by a senior Immigration Department official. Naturally, Guan Eng cooperated.

After about 20 minutes, when Guan Eng wanted to know what was happening, according to him, immigration officers informed him that the Malaysian Anti-Corruption Commission (MACC) had barred him from entering the state.

This comes as a complete shock to Malaysians who are aware of the terms of entry for Sabah and Sarawak into the Federation of Malaysia. They have complete control over who comes into and goes out of these two states. Those wishing to enter these two states need to get a clearance pass – and Guan Eng was actually given a social visit pass by immigration.

As Sabah has sole authority to control those coming into Sabah, no other authority has this right to impose any restriction on entry into Sabah.

At the time when Guan Eng arrived at the airport in Sabah, there was no restriction on him or on any other Malaysian. In fact, the caretaker Chief Minister, Shafie Apdal, was surprised – and shocked, I might add – that Guan Eng was barred from entering Sabah.

Shafie disclosed that, since the change of government after the May 2018 general election, the state had lifted previous bans imposed on several political personalities entering the state. These bans had been unjustly imposed by the Barisan Nasional government on opposition politicians. “When I took over as chief minister, after two days, I signed (the order) to exclude them (from the ban list).”

So, there was no ban on Guan Eng. Why then did the Immigration Department act to refuse him entry? On what authority did they initially act to prevent him from entering Sabah?

It is true Guan Eng is facing corruption charges. We all know he has been targeted and has been recently charged with three counts of alleged corruption.

If corruption was the excuse to deny Guan Eng entry, then explain how Najib Razak, a convicted felon, and Umno president Zahid Hamidi, who is facing a battery of corruption charges, were allowed to enter and leave Sabah freely. Doesn’t this smack of double standards?

Now, let’s address the mystery of what authority the Immigration Department had acted on. According to Guan Eng, immigration officers informed him the MACC had barred him from entering the state.

This claim is believable. Without instruction, the Immigration Department couldn’t have acted.

Surprisingly, the MACC and the Immigration Department were oblivious to the fact they had no authority to prevent anyone from entering Sabah. Nonetheless, they acted illegally – and without a care.

But hold on! There is more mystery! When contacted by Malaysiakini, MACC chief Azam Baki said this was not true. “There is no domestic (restriction). The court only impounded his passport so he cannot leave the country. He can enter Sabah using his IC,” Azam told Malaysiakini in a text message.

So who is not telling the truth? This cannot be allowed to rest without getting to the bottom of the truth. Someone had acted illegally. We need to identify the culprit – and he must be punished for acting beyond his authority. Let heads roll, if need be, in the interest of truth and justice.

Let’s be mindful of the saying, “Wherever law ends, tyranny begins.”