Home TA Online How big or small should PH cabinet be? 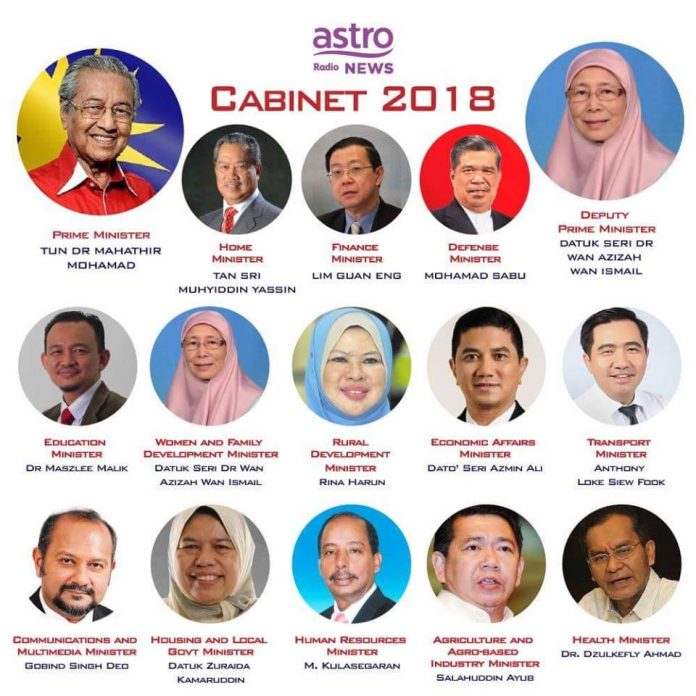 We should not be fixated on the idea of having a large cabinet which is the norm of an inefficient and corrupt government, writes Choo Sing Chye.

When Dr Mahathir Mohamad wanted to start off the Pakatan Harapan (PH) government with only 10 cabinet members, he was thinking about a small efficient cabinet similar to that of the “war cabinets of Lloyd George (1914-18) and Winston Churchill (1939-45) [which] all contained fewer than ten members” (Andy Williams, UK Government and Politics, Heinemann Educational Publishers (1998)).

To fulfil the 100-day promises, the PH government has to be lean, clean and efficient without being bogged down by lobbying, publicity-seeking and talks.

“The size of the Cabinet must balance two requirements. It must be small enough to allow its members to discuss issues and make political decisions, but at the same time it should be large enough to allow all the departments of state to be represented” (Williams).

First, PH should put to rest the idea of having a second deputy prime minister post. It is a waste of money.

As for Christina Liew, the Sabah PH chairperson, who “vowed to continue pushing for a second deputy prime minister post to take care of Sabah and Sarawak affairs”, has an important role to play, which is to lend a helping hand to reform the new Malaysia.

READ MORE:  How did Ismail Sabri’s cabinet perform in their first 100 days?

PH from East Malaysia should not worry about not having a second deputy prime minister to look after Sabah and Sarawak because Mahathir as prime minister has what the British call a “wandering brief” (Williams), which covers all ministries and all things political inside and outside of PH.

“Constitutionally there is no place for a Deputy Prime Minister in the British political system. The Prime Minister is not directlyelected to that position – he or she occupies 10 Downing Street simply through being the leader of the majority party in the House of Commons. Therefore if the current leader resigns or is ousted, a new leadership election occurs and the victor becomes Prime Minister. A Deputy Prime Minister might step into the breach on a temporary basis but does not have the right to assume office” (Williams).

To the British, the post of deputy prime minister is just ceremonial and unimportant. Why is it not the same in Malaysia?

By convention, if anything should have happened to the Tungku at that time, and our system being a Westminister carbon copy, the next in line would have been be the finance minister, the late Tan Siew Sin.

READ MORE:  When a new cabinet looks worn out

The need for a deputy should be discouraged because the cabinet ministers are amply backed up by a pool of qualified high-level civil servants.

Take for example, the Ministry of Health. Based on its organisational chart, Health Minister Dzulkefly Ahmad is supported by:

That is a total of 59 high-level civil servants whose vocation covers every aspect of healthcare.

Tony Pua and Ong Kian Ming have set a precedent in Malaysia by helping out at the Ministry of Finance without pay. This practise of zero remuneration is not uncommon in Britain where some ministers are unpaid, but it never happened in Malaysia under the Barisan Nasional.

Thus PH MPs who declare themselves as people’s MPs can do their part in rebuilding Malaysia by investing their time and expertise to any ministry voluntarily without getting paid, instead of vying for deputy ministers’ posts.