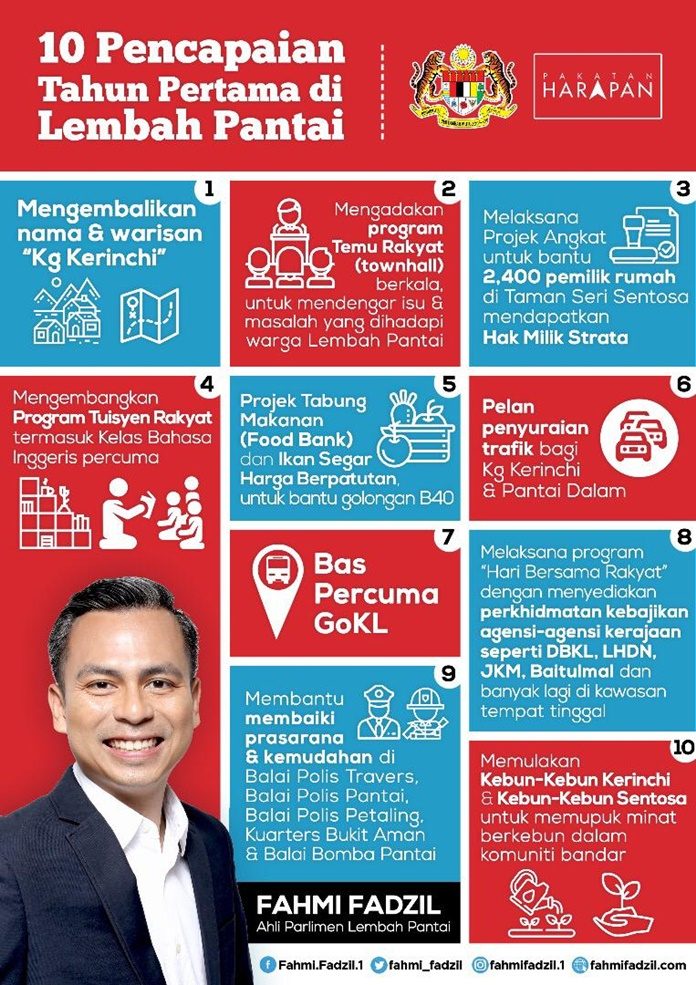 This is the first time Benedict Lopez has received a report card from a sitting MP.

Today, 9 May, is one year since Pakatan Harapan defeated Barisan Nasional in the 2018 general election. History was created in our country for the first time since independence in 1957.

Returning from a dinner last night, I received a WhatsApp report card from Lembah Pantai MP YB Fahmi Fadzil outlining his achievements over the past year.

This is the first time I received a report card from a sitting MP on the work he has carried out in Lembah Pantai. In his report card, YB Fahmi summarised his achievements over the past one year.

Lembah Pantai’s diligent MP appears to have scored well among his constituents in his first year in office. I hope all other MPs can submit their report cards to their constituents like Fahmi.