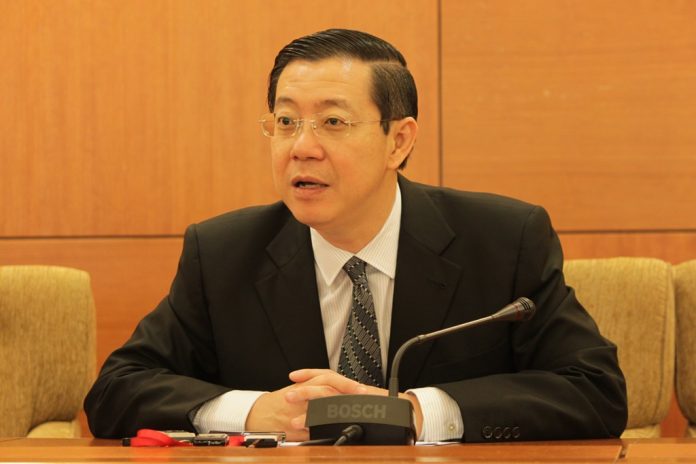 Today it is Guan Eng, tomorrow we don’t know who will be targeted next, P Ramakrishnan writes.

It is with shock and disbelief that Malaysians learned yesterday that Lim Guan Eng would be charged again with two counts of corruption involving the same proposed Penang deep sea tunnel project tomorrow, Friday, 11 September 2020.

Apparently, this is a continuation of previous charges involving the same project: one on 7 August 2020, followed by two more charges on 10-11 August – three charges within a span of five days!

News about Guan Eng’s case on Friday was disclosed by deputy public prosecutor Wan Shaharuddin Wan Ladin in the Sessions Court in Kuala Lumpur yesterday. This is well and good; it is as official as it should be.

But how do you explain the news that was floated and reported on 3 September 2020, quoting an anonymous source that Guan Eng would be charged for corruption on Monday, 6 September. The mystery surrounding the identity of the source and this report ahead of an official announcement is also mystifying.

On 3 September, Guan Eng asserted that the Malaysian Anti-Corruption Commission (MACC) was lying about its involvement with regard to Sabah Immigration wanting to ban him from Sabah. This was reported by Malaysiakini at 9.26am. Then, at 5.43pm – 8 hours and 17 minutes later – Malaysiakini reported: “Guan Eng to face two more charges on Monday.” No sooner had Guan Eng asserted that MACC was lying than the rumour that he would be charged with two more accounts of corruption was reported.

Some may wonder whether it was tit-for-tat. You can’t fault them for thinking so!

The question I wish to raise is this: if the MACC had decided to charge Guan Eng further, why was this decision leaked out to be reported? Was it to cause maximum damage to Guan Eng’s reputation? It was an internal decision; how did it become public?

The second question is this: could this possibly be revenge politics? The MACC acted so swiftly despite Guan Eng having already been charged on several counts of corruption just a month ago. Coming on the heels of these corruption charges, it raises the possibility that the MACC must have been in possession of this additional information when Guan Eng was first charged on 7, 10 and 11 August.

One would wonder why these additional facts were not used to frame other charges as well last month. Were these withheld deliberately so that in the subsequent delayed charges, as in this instance, a perception could be created that he is corrupt and that more charges may be forthcoming soon enough?

Some might think an attempt has been mounted to create a counterpart to Najib Razak – that a corrupt politician with multiple corruption charges exists not only in Barisan Nasional but also in Pakatan Harapan. But there can be no parallel to Guan Eng’s case: on the face of it, there is no money trail; there is no bloated bank account to incriminate him; there is no ostentatious lifestyle to raise any suspicion; there is no tell-tale trail to pinpoint guilt.

There is no doubt in my mind the truth will set him free, if he is judged by men of integrity and high moral standing.

It is said when injustice becomes law, resistance becomes a duty.

It is the duty of every patriotic Malaysians not to view what is happening to Guan Eng as an isolated case of selective persecution. Today it is Guan Eng, tomorrow we don’t know who will be targeted next.

That is why it is our duty to stand up in solidarity and oppose injustice whenever it takes place. Together, we can – and must – fight this battle against the backdoor, illegitimate government till the day of persecution is over.