Home TA Online Mahathir, the man of the hour to watch 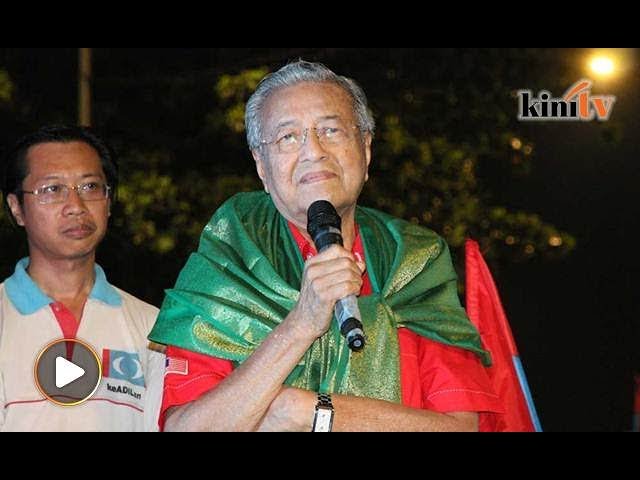 This is the man who could bring a new course for a nation of people who have been complaining for many years, writes JD Lovrenciear.

Even though Barisan Nasional leaders and supporters may detest, deny or even curse Dr Mahathir Mohamad, he is fast becoming the darling of the nation.

The swelling crowds turning up for election rallies wherever he speaks is beyond imagination. They come from far and near. If you include the tens of thousands who scroll social media to get a glimpse of the action, you can safely put a six or seven-figure number to Mahathir’s growing popularity in the run-up to the general election.

Mind you, people are motivated to come at their own expense. They brave the unexpected rain and put up with soggy fields for hours just to hear and respond to Mahathir speak.

If there is a word to describe this development, it has to be electrifying.

To rebut with “crowds do not translate to votes” sounds like the words of a sore loser.

The truth is people do not make an effort and sacrifice their time to hear a political ceramah if they are indifferent or just plain curious.

There has to be traction. When the crowds, swelling into four-figure numbers at Mahathir’s rallies, unashamedly chant “Hidup Tun!”, that is indeed a war cry of unreserved hope.

Truly, this is the man of the hour who could bring a new course for a nation of people who have been complaining for many years.