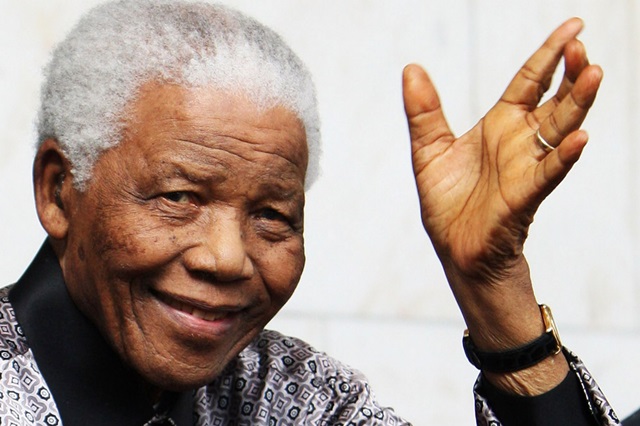 Malaysians must go beyond divisive discourse, taking inspiration from Madiba’s struggle to eliminate racism and poverty to achieve equality and human rights for all, writes Carol Yong.

I saw Nelson Mandela on 3 February 2005 in Trafalgar Square in London. I was there among a crowd of thousands and the press.

Nelson Mandela made the public appearance on the eve of the G7 (Group of 7 industrialised countries) Finance Ministers meeting, endorsing the biggest anti-poverty campaign hosted by the MakePovertyHistory coalition (made up of over 200 charities, campaigns, trade unions, faith groups and celebrities).

He called for public support in combating poverty by wearing the campaign’s white arm band. Significantly, that rich countries “take action and increase their aid budgets, reform the rules of trade and finally end the debt burden that is destroying the livelihoods of millions of people”. Mandela’s wife Graca Machel and prominent artist Bob Geldof were among those present.

This 18 July, I was reminded anew of Nelson Mandela. It was an extraordinary day, and a poignant one too, because it was Mandela’s 100th birthday. It was also extraordinary because the United Nations has adopted this day as Mandela Day, an annual international day to commemorate Mandela’s birthday alongside a global call to perform acts of humanitarian service in celebration of Nelson Mandela’s life and legacy.

In Vienna a tribute to “the world’s most famous political prisoner” and icon of the anti-apartheid cause, democracy and social justice was organised in conjunction with Mandela Day 2018. I was there among members of the South Africa Documentation and Cooperation Centre (SADOCC) who organised the cultural-festive celebration, in collaboration with several Viennese organisations. (SADOCC was formed by activists of the former anti-apartheid movement in Austria to promote cooperation, research and exchange between Austria and the countries of Southern Africa.)

Glimpses into the life and legacy of Nelson Mandela

Like many of South Africa’s students, youths, workers and other revolutionary activists, both women and men, of the early 1940s against white minority rule (the National Party’s white-only government) and their apartheid system of racial segregation that privileged whites, Mandela was subjected to constant police repression and repeatedly arrested – though never prosecuted – for “seditious activities”.

In 1962, however, Mandela was arrested and imprisoned to life imprisonment “for conspiring to overthrow the state” following the Rivonia Trial. After serving 27 years in three different prisons – Robben Island, Pollsmoor, and Victor Verster – President FW de Klerk released Mandela in 1990, partly due to growing domestic and international pressure and partly to avert fears of a racial civil war.

After his release, Mandela continued his activism in negotiations, tours and other actions to end apartheid in South Africa. He also played significant roles in politics which extended to contesting in the 1994 general election.

Subsequently Mandela was elected as the country’s first black head of state and the first elected in a fully representative democratic election. He served as president of South Africa from 1994 to 1999. Mandela’s popularity had been equalled with countless awards and honours bestowed upon him, including the Nobel Peace Prize in 1993, and numerous locations all over the world named after him.

Nelson Mandela died at his home in Houghton, Johannesburg on 5 December 2013, at the age of 95 after a prolonged respiratory infection. At that time, I told a South African acquaintance the news that one of South Africa’s greatest freedom fighters, Madiba – Nelson Mandela’s Xhosa clan name – had died and what a great loss it was for South Africa and for the world.

The composed and calm response puzzled me: “He had achieved a lot in his 95 years and made his family, country and world proud. I am relieved his suffering is over though. The last siz months was not really his own time. I feel he deserves a good rest.”

I later understood and appreciated the reaction was not a lack of respect but rather a deep sense of compassion for Madiba as a human person. Similar sentiment was expressed by anti-apartheid activist and mother of former president Thabo Mbeki, Epainette Mbeki: “He’s not dead, he’s asleep… South Africans should celebrate his life.” www.wikipedia.org/Death_of_Nelson_Mandela.htm

Nelson Mandela had indeed come a long way from his humble village roots to become the “Father of the Rainbow Nation” in post-apartheid South Africa. Pondering over Mandela’s life and legacy induces sadness but also exhilaration for me.

Sadness because racism, inequalities, extreme poverty, gender and other discrimination in different guises and forms is still rampant today, not only in Mandela’s homeland, South Africa, but also in many countries globally.

The overwhelming exodus of thousands of Africans from Africa – men, women and children escaping from military/armed conflicts, civil war, terrorism, religious persecution, and other forms of violence – to “greener pastures” especially Europe, but becoming illegal migrants/asylum seekers and inevitably not spared further mistreatment, have stunned the global community.

At the same time, Mandela’s remarkable life, idealism, hopes and struggles for justice, for peace, for freedom and for human dignity have inspired and motivated the world, including me. I remembered Nelson Mandela’s wisdom in concluding his autobiography:“I have walked that long road to freedom … But I have discovered the secret that after climbing a great hill, one only finds that there are many more hills to climb.”

I go back to Mandela Day, 18 July, and the words printed on white T-shirts – Take Action, Inspire Change, Make Every Day a Mandela Day! – worn by those who came together that Wednesday in Vienna, took on a new meaning for me. Mandela Day 2018 was symbolised for me by the unimaginable courage of fellow Malaysians at the 9 May general election, voting for the Pakatan Harapan (PH) coalition and bringing the most extraordinary political change in Malaysia after six decades of Umno rule.

Yes, Malaysians have taken action and inspired change on May 9, most significant of all is the new PH government. So what of the future? Undoubtedly, Malaysians have “many more hills to climb”, using Mandela’s words, to shape the subsequent chapters on the new Malaysia. Most importantly, we must go beyond the divisive/polarised discourse, taking inspiration from Madiba’s legacy, commitment and struggles to eliminate racism and poverty to achieve equality and human rights for peoples of diverse colours, ethnicities, genders and generations.

Carol Yong is a long-time supporter and friend of Aliran and fellow feminist and activist. Carol can be reached via aliran (dot) malaysia (at) yahoo (dot) com. Or leave a comment below.